“It has always been a pleasure for me to bring pride to our institution because it is my way of giving back to all the opportunities it showered me along my college journey,” Gumapac said as she expressed her gratitude for being chosen to represent the school.

Vergara, a Bachelor of Science in Electronics Engineering graduate, is also the recepient of numerous recognitions such as the St. John Baptist de La Salle Award, the St. Solomon Leclerq Award, the St. Miguel Febres Cordero Award and  the St. Benilde Romancon Award when he graduated last June.

Previously, he was also the Vice Chairperson for Socio-Civic and Religious Organizations (SCRO) Division of Council of Student Organizations (CSO) and coordinator of the Lipa Aspirancy Program of the De La Salle Brothers.

“Getting to where I am right now was a leap of faith. I wasn’t the person that many would expect me [to be] three or four years ago.” Vergara said.

Landing in second and sixth place respectively, Gumapac and Vergara were also among the Ten Outstanding Junior College Students (TOJCS) of DLSL for the school year 2016 – 2017.

They will then undergo a pre-screening and auditing process in order to determine who will become part of the 10 national finalists in the 2018 TOSP national week.

Founded by the businessman Jose Concepcion Jr. , TOSP is an annual search for community servants who have personified academic excellence, exemplary leadership and a deep sense of social responsibility. 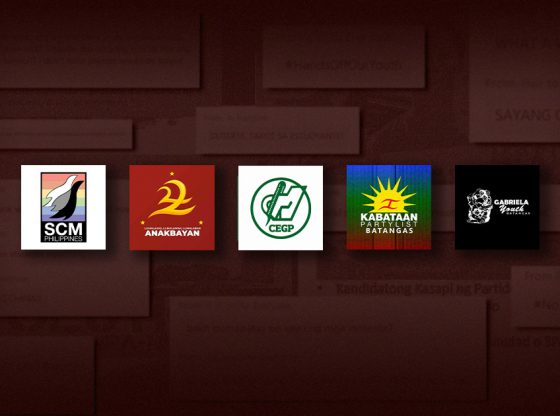