Mistaken antidotes for the youth

We’ve seen it on the news, on social media feeds and on big bold lettered headlines across newspapers. The Philippines is crumbling with its numerous accounts of drug issues, both with people’s abuse of dangerous substances and the ineffective solutions the government chose to address them with.

We’ve seen the impact of different drug abuse episodes and its debris through bloodshot eyes, broken relationships, worn-out bodies, dispirited people, bent moral values and bodies on the streets— the aftermaths of faulty decisions by those who use drugs and the misguided judgments of the authorities.

For most users, taking their dosage has gone from being a fun little lab experiment to a daily ritual for survival. These are people who’ve evolved into drug dependents who may have resorted to these decisions based on their current conditions in life. A kid physically dependent on drugs would do anything to be “high”. This is a problem we ought to look at. How can these concoctions of stimulants, depressants, hallucinogens, inhalants, cannabis, dissociatives, opioids and other new psychoactive substances be too desirable for people? For the young and old and naive, alike.

Over the years, I’ve heard former classmates joking about “getting wasted” and “getting baked” which I only understood as they filled the classroom with Wiz Khalifa hits and their frequent back-and-forth miming attempt of being discreet about their “gimmicks” even while in class.

The stories which I’ve only heard of from friends, seen in those evening teleseryes and as well as in some pop culture references piqued my curiosity. I remember an infamous scene from one of my favorite eighties coming-of-age movies, The Breakfast Club, where most of the underaged characters spaced out brought about by their impulse of puffing marijuana. At that point, I realized how drug usage was already seen as a relentless trend even decades ago.

“We’ve seen the impact of different drug abuse episodes and its debris through the aftermaths of faulty decisions by those who use drugs and the misguided judgments of the authorities.”

I’d recently gotten in touch with a high school classmate whom I’ve known to be friends with almost everyone in our former class; it wasn’t really much of a pickle to be close to him. Thinking about those years would always remind me of our other classmates, the ones I’ve unconsciously distanced myself from. I recalled one boy in particular as my friend went on with the story. He was part of the miming crowd I’d mentioned earlier.

He picked on anyone in class he found weak and drab—I was one of them, but I never showed how his words just stung at times. Amidst his poor academic performance, he still found comfort in our cushionless armchairs as the class’ resident couch potato. There were hearsays about this person and his vices. And as much as I wanted to know every secret in the room, I just never took interest in knowing the truth about him. But now, hearing a firsthand experience from our mutual friend pieced together everything. It occurred to me that during those years, he certainly was troubled.

I was told of this boy’s story partially detailing his experiences of being “high as a cloud afloat” with the use of marijuana. At one point, he would even hear the buzzing sounds of spaceships hanging in the ether and his appetite’s abrupt hankerings making him hungrier than usual. He found a sense of escape with drugs at such a tender age without knowing how much he could directly jeopardize his health and the future that awaits him. I suddenly felt sympathy for him in his past self. I know for a fact that he has his own fair share of struggles, and I guess he thought it was the best remedy to his sorry plight. I still see him around. And although we have never exchanged a ‘hi’ or an eyebrow raise in years, I once caught him in the library, his shoulders hunched down and scribbling hurriedly on a notebook—I knew things were a lot more different for him now. I could only hope they’re good.

“I know for a fact that he has his own fair share of struggles, and I guess he thought it was the best remedy to his sorry plight.”

As I rummaged through the web for more possible truths related to his account, I stumbled upon findings from the 2017 World Drug Report released by the United Nations Office on Drugs and Crime (UNODC) indicating that Manila has wriggled its way into the Cannabis Index. Among 120 cities, the capital ranked 108th as for the average cannabis prices, counting it as the city with the 12th cheapest weed stock in the world. With this, it’s practically common sense to discern that the more inexpensive commodities are, the more they are likely to be coveted in the market.

Meanwhile, a different source claims that most of the drug users in the country belong to the youth population. Abominable illegal substances like methamphetamine or more commonly known as “shabu”, and marijuana were specified as the varieties used recurrently. I was reminded of the school’s efforts on the occasional random drug testing and inquired about the results to find out the percentage of students who tested positive. However, due to the Commission on Higher Education Memorandum Order (CMO) No. 64, Series of 2017 grappling on the Policies, Guidelines and Procedures for Higher Education Institutions (HEIs) Requiring Drug Testing of Students, “All records must strictly be held confidential as provided for under the pertinent provisions of the RA 9165 or the Dangerous Drugs Act.” I could only speculate on how many more students in campus could be going through the same thing as my former classmate.

Hinted on the aforementioned measure in treating this drug issue, our school partakes in the movements and advocacy campaigns centered on drug prevention to resist its usage at all forms and at all times. The campus, like any other college in the region, seeks a “drug-free community” thus the formation of a committee spearheading the drug testing operations. Additionally, drug awareness and prevention campaigns are also arranged and led by different concerning departments in DLSL. It could even be observed that the month of November in school is devoted to the acknowledgment of the causes of drug abuse and the ways one can avoid it, as promulgated by the Student Activities Office (SAO).

With all the actions and projects of different offices and institutions, it can be attested how heavy the changes of this issue have set in our country. Drugs have obviously competed with other societal issues as an arsonist sparking unwarranted conflicts, continuously pulling an already polarized country down.

“Drugs have obviously competed with other societal issues as an arsonist sparking unwarranted conflicts, continuously pulling an already polarized country down.

The issues regarding the same matter, the statistics and the increasing deaths at hand circling our country should already be enough to move us, the youth, away from reaching that far. In line with the matter at hand, one must do everything that it takes to steer clear from these drugs because of its ugly aftermaths. There are constructive measures to avert one from falling down the rabbit hole – most times instructed, only seldomly done with initiative.

Several studies are up on the net for the youth’s perusal suggesting solutions such as thwarting undue peer pressure, relying on the gift of education and allotting time for counseling, seeking guidance from parents and other tightly-knit people, looking out for danger signs, considering professional and medical help and so on. To simply abstain from substance is a thing only one can teach himself. For some, it would seem like rocket science, and it’s nothing to be abashed about. But what’s more important in this discussion is the process to get there and the progress upon getting there. Considering drugs as the cure to one’s afflictions is a distorted imagery that they must learn to erase and forget. Instead of embracing all these myths about what it truly means to be young, alive, and free, one should hammer in themselves that rebuking any form of drug engagement would strengthen self-discipline and clear all their walkways in life.

“To experiment with our health is one thing. But to heedlessly rely on the consumption of these substances to “repair” life situations—as if we share that of a cat’s fabled chance at nine lives—just wouldn’t get us anywhere.”

To experiment with our health is one thing. But to heedlessly rely on the consumption of these substances to “repair” life situations—as if we share that of a cat’s fabled chance at nine lives—just wouldn’t get us anywhere.

Being young and naive does not entail that we succumb to drug use and join the bandwagon of users, but rather, being young and naive also emphasizes on being cautious of our actions and decisions as it drags us away from all the threats trying to graze us off our senses.

We may still be naive and we are, indeed, still young. Being young reminds us of the long stretch of life we have to make up for our mistakes and their consequences. It’ll only get better from there on. 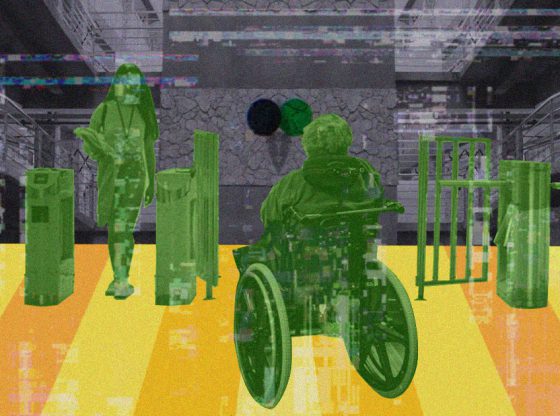 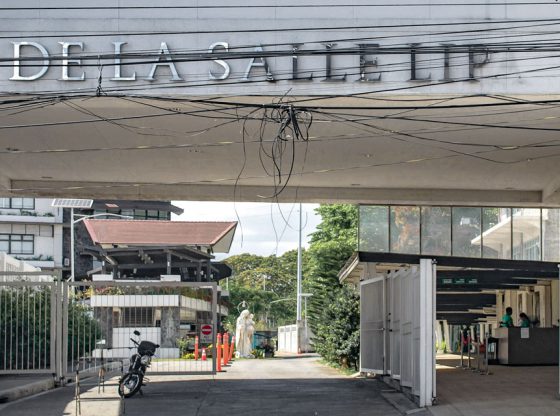 Experts say DLSL ‘may be… 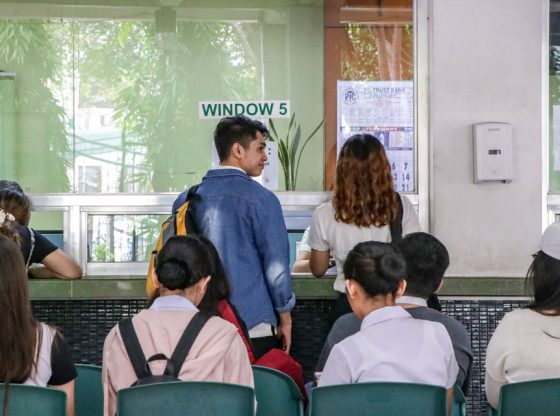 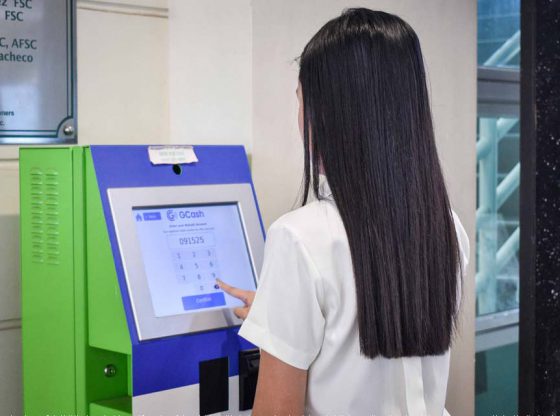 DLSL to use GCash for… 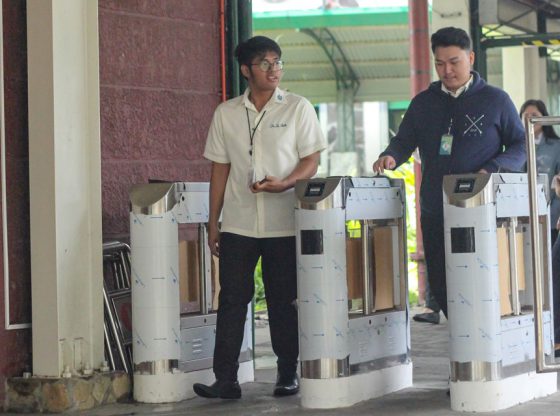 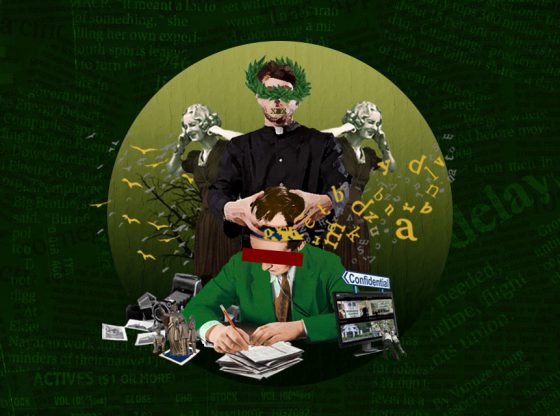 On the role of the… 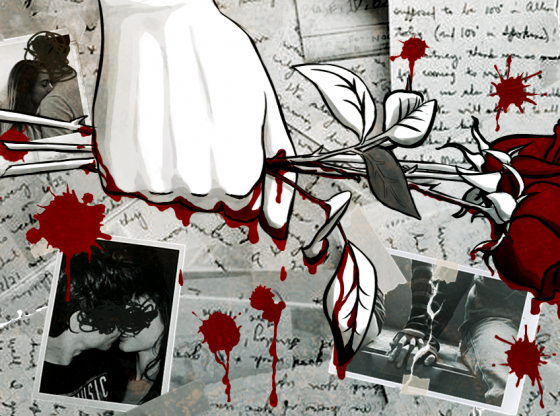