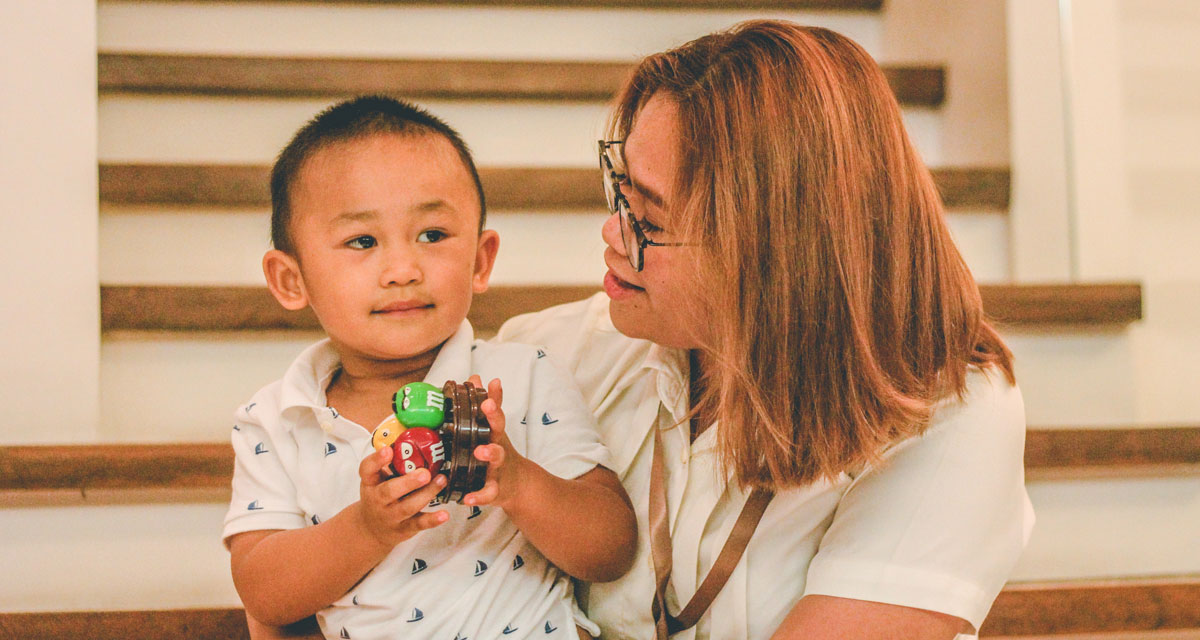 The first prenatal check-up of soon-to-be mothers mark the beginning of a new life for the woman and a family. In a span of months, their days would start with giggles, the nights would end with cuddles, and midnights would be a mixture of lullabies and whimpers.

However, not all mothers feel joy in seeing their ob-gyne doctors for the first time.

Back in 2017, Hilary Santos was self-conscious. She was wary of people’s eyes lingering on her baby bump and on the vacant chair beside her – the spot where the father would usually sit. She was only 20 when she got pregnant by her boyfriend.

Her journey towards motherhood was not easy. The judging stares and mumbling whispers drove her to lock herself within the walls of her home with self-doubts and insecurities. Looking younger than her actual age and being pregnant at the same time was not a good mix. Even buying maternity clothes was done online to shield her from people’s attention.

Seeking refuge in the people closest to her was also hard. When she gathered enough courage and confessed to her parents about her pregnancy, they were at first angered by the situation. However, Hilary’s parents eventually accepted the reality of having an unplanned grandchild and a son-in-law.

Tying the knot between her partner was the proposed solution of both families but after trying to live together for a year, she called off the idea. It took Hilary twelve months of patience and tolerance for her boyfriend before she finally realized that she was the only one up for the responsibility of having a child. Proving that a woman’s worth is not measured by the presence of a man at her side, she boldly proclaimed, “I can be a mother with or without [my son’s] father”.

With Hilary marching away from the typical family set-up, she knew she only had herself to get along.

Her pregnancy forced her to stop school temporarily. Studying her lessons and worrying over her baby simultaneously made her preoccupied most of the time which made it hard for her to catch up academically. Being out of the college for nine long months caused her to feel academically left out.

While she was stuck halfway in her broadcast journalistic dream, her classmates were already on their way to getting their diplomas and it was then that she realized that even time was not on her side. These disappointments piled up inside her chest. She knew well that there would be a delay before she became a broadcaster. “Hindi ko alam kung paano magsta-start sa buhay ko,” Hilary shared.

As more time passed by, Hilary slowly accepted that she would need to restart her college years. Despite the setback, she sought comfort in the lullabies she sang and the scriptures she read. The beats and rhythms of the songs removed all traces of judgments in her head. Reassuring words from the pages she greatly enjoyed helped her to recognize that she was not just a pregnant woman, but a woman fighting for the dream of two. Back on her feet, Hilary felt more confident to conquer her dreams that she thought were already scrapped.

Needless to say, starting from scratch could be disheartening. But Hilary had no thoughts of giving up and she began sketching a new blueprint for her family. From a university in Manila, she transferred to De La Salle Lipa and instead of continuing Broadcast Communication, decided to shift to Bachelor of Secondary Education major in English with a vision of building her own learning institution and later on pursuing her dream of being a broadcast journalist.

Hilary once wished that time was faster when her face was plastered with shame, eyes fixed on her tummy as she hurriedly exited through the clinic’s door. But now that her son is two years old, her daily prayer is to slow down the time enough that she could savor the mini-hug-attacks she receives when she comes home after school.

She never thought that she could bear so much love for a tiny human being, and that she has so much more to give to the world. Ever since, she learned to become the woman that she is: courageous and persevering. She has her list of goals and plans and is following through with it.

Mothers ordinarily prioritize their family over themselves, however Hilary proved that mothers can dream for themselves and for their children at the same time. For her, no circumstances, even motherhood, should be seen as the death of a woman’s ambition and should not limit her vision of what she can offer to the world.

Twelve hours in labor, nine shots of anesthesia, and alone, “Akala ko hindi ko kakayanin,” Hilary whispered as she recalled every string of the memory that connects her to her son. Back then, she didn’t have the slightest idea that she would be taking on the role of being a mother, that it now would have to be part of her dreams and her future. But with determination, the future already seems to be shaping up to be a happy one.