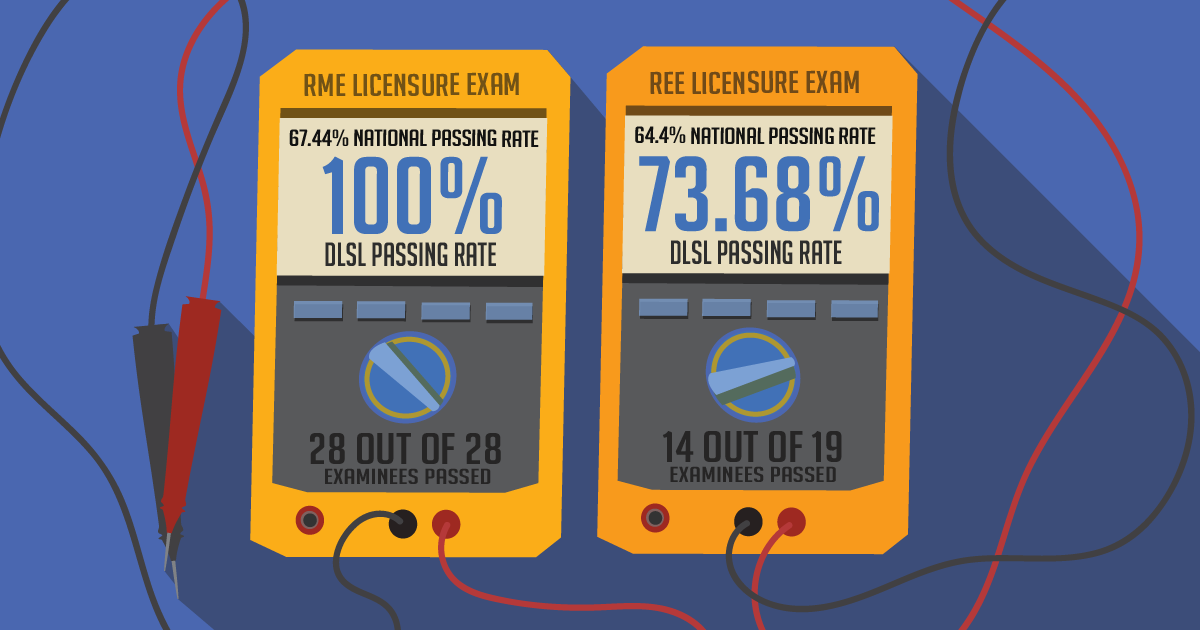 Alongside Lajara, five other Lasallian RMEs who landed a spot in the top 10 were Jeff Loyd Bergonia in the top three with a 90.50% rating, Paul Edrian Silva in the top four with 90%, Adrian Macatangay in the top six with 89%, and in the tenth place are Jay Patrick Atienza and Jaron Beirnd Dimaandal, both with 87% average.

Meanwhile, there were 14 passers out of 19 Lipa Lasallian examinees in the Registered Electrical Engineer (REE) licensure examination, corresponding to DLSL’s overall passing rate of 73.68%.

The REE and RME licensure examinations were administered last Sept. 5-6 and Sept. 7, respectively, at 13 testing centers situated around the country.