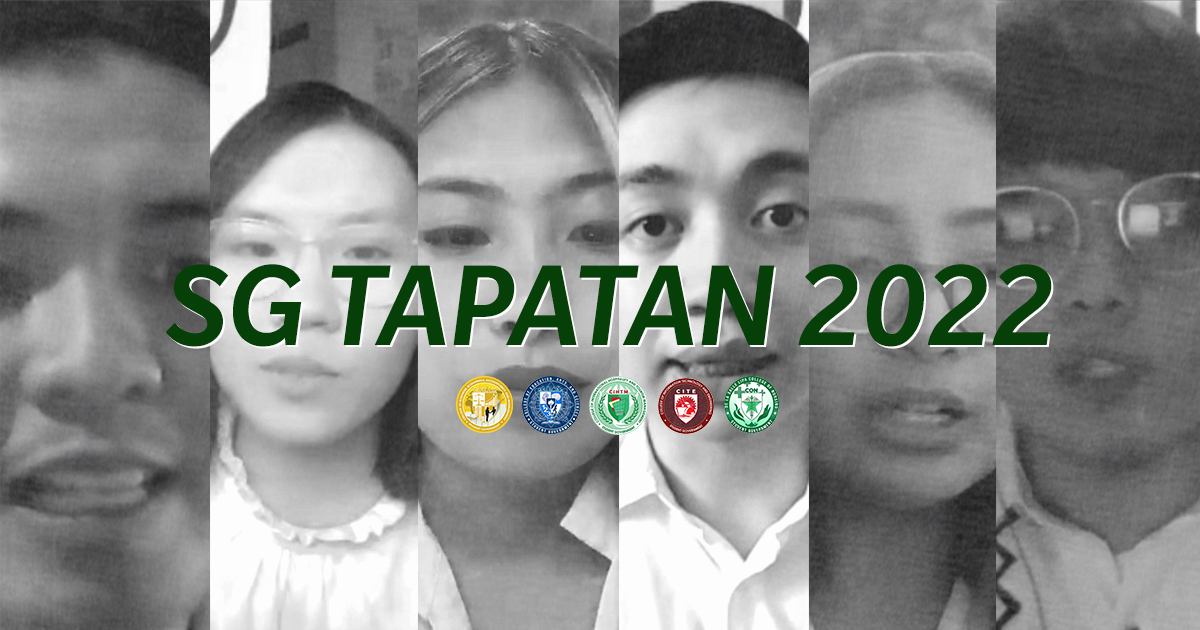 Candidates for De La Salle Lipa (DLSL) Student Government (SG) elections shared their plans on how to manage grievances and tuition matters in “Tapatan 2022,” led by the DLSL Committee on Elections (Comelec) and SG via Facebook live stream, April 27.

For the opening statement, the Alliance of Lasallian Youth (ALAY) Leaders and Voices for Advocacy, Movement, and Service (VAMOS) party-lists were given 30 minutes to introduce their candidates and the platforms to be implemented next academic year should they secure the positions.

Likewise, the incumbent SG executive council and college governors also gave questions for the candidates in the open forum.

On handling grievances and student participation

To ensure effective and efficient performance, Glark Farol, the only executive president candidate from ALAY Leaders, said that he would improve the strategies for handling student concerns and grievances if elected.

He stated that he would continue the proactive approach in responding to student concerns since it is the strength of the incumbent council.

Both Joyce Hernandez of VAMOS and Jan Elaine Baliwag of ALAY Leaders said they would demand a breakdown of the fees to determine which aspects contribute to the increase and if it is necessary.

Likewise, Karl Adrian Tolentino, CIHTM governor, asked his sole aspiring successor, June Rheiben Lanting of VAMOS, how he can ensure unity between the students and administration when such an increase transpires.

Lanting responded by saying, “We need to acknowledge why [the students] would want to sustain or lower the tuition […] at the same time, we should also consider the grievances coming from the faculty, why they should ask for more funding.”

On being SOGIESC responsive and promoting freedom of speech

Other concerns raised in the online Tapatan revolved around the promotion of students’ sexual orientation, gender identity and expression, and sex characteristics (SOGIESC), in which the candidates guaranteed to continue SG’s policy advocacy project with LAYA.

‘’Through the help of communication with LAYA, […] ma-o-open ang minds [ng mga estudyante] na na-create itong policy because it is [for] the good of all. […] Through that policy, we will know na we would respect all genders na mayro’n tayo [sa college community],” said Mosca.

On the issue of championing students’ freedom of speech and expression, Farol highlighted implementing an online “SG Dropbox” that would allow Lasallians to express their school concerns anonymously.

The three-day voting begins today, May 2, and will end on May 4. The link to the online ballot is available on DLSL Comelec and SG’s Facebook page.