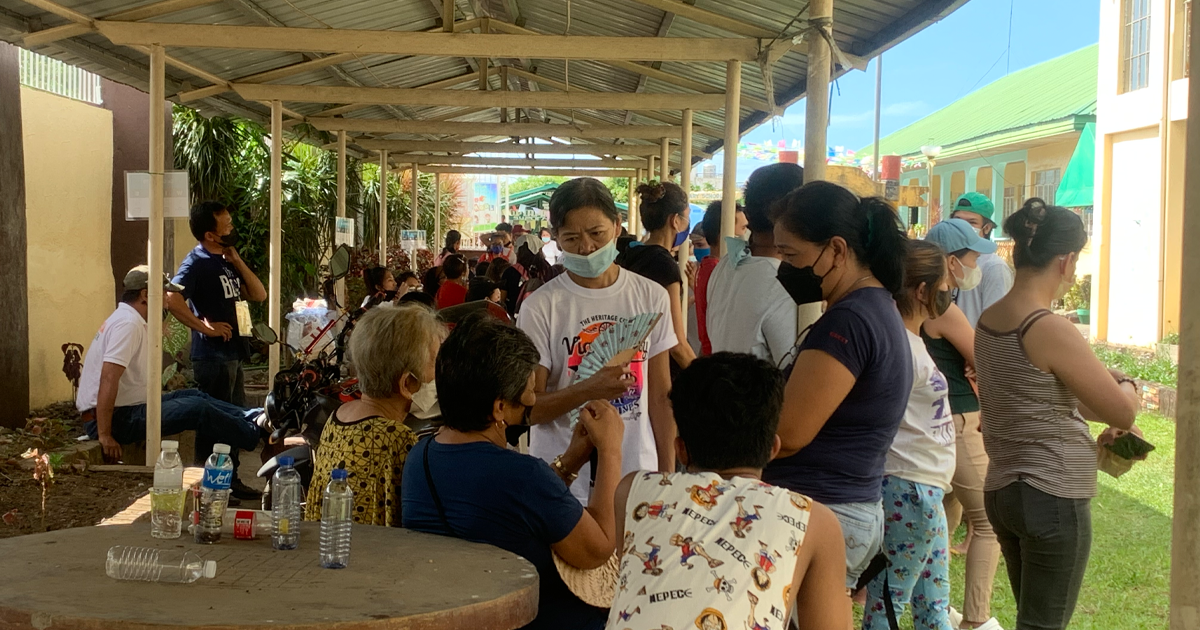 Voters were disappointed at the incidents of vote counting machine (VCMs) failures across Batangas province’s districts, cities, and municipalities during the 2022 elections, May 9.

Sherlyn Escota, a voter from San Juan, said that the VCM did not accept their ballots and that the Comelec officials advised them just to leave the papers on a table as they would be the ones to insert them into the machine instead.

Escota also said that many voters lined up at the precinct were senior citizens. Hence, most decided to follow the instructions without seeing their ballots cast and without being able to double-check their voting receipts.

A similar case was also reported in Cluster 54 Payapa Elementary School in Malvar.

Like in the case of Escota, the voters in Malvar were also advised by the Comelec Electoral Board (EB) to continue shading their ballots and just leave them without machine verification.

Meanwhile, other Batangueños empathized with co-voters who experienced broken machines in their precincts and even called out Comelec’s approach to the conflict.

Sofia Pateña from Ibaan did not experience any inconvenience with her ballot or the machine, but she was disappointed by how Comelec handled the problems in other voting proceedings.

“[It] seemed sketchy to me, especially ‘yung pagsa-suggest na iwanan ang balota sa mga presinto […] as the body responsible in ensuring fair and honest elections, you’d think they find ways to make sure that the voters would feel confident about the security of their votes,” Pateña told Lavoxa

As per January 2022’s Comelec Resolution 10759 Sec. 7, during the fixing of VCMs, the voters may “proceed in casting their votes by shading their ballots with a waiver of the right to be issued receipt” or “wait for the VCM malfunction to be resolved.”

Pateña went further by claiming that the number of broken VCMs and the slow response of Comelec were already enough grounds for suspicion.

Across the nation, 1,800 malfunctioning VCMs were identified by Comelec Commissioner George Garcia during the elections, including issues regarding paper jams, ballot rejections, scanners and printers, as reported by the Inquirer.

As someone who also hoped for a fair election, Kieffer Maldonado, a voter from Padre Garcia, is convinced that the irregularities in VCMs might have been intentional.

Meanwhile, Pateña was disappointed by this year’s election but is still hoping that the Comelec will do better next time.

“I could only suggest [changing] commissioners and [making] sure they are not connected to candidates, as well as quadruple checking of all necessary equipment,” Pateña said.

In a press conference aired on ABS-CBN News Channel (ANC) last May 10, Comelec Commissioner Marlon Casquejo denied the cheating allegations during the May 9 elections.

As of press time, manual vote counting results are still yet to be announced, but many progressive groups and individuals have organized movements to question Comelec’s integrity.