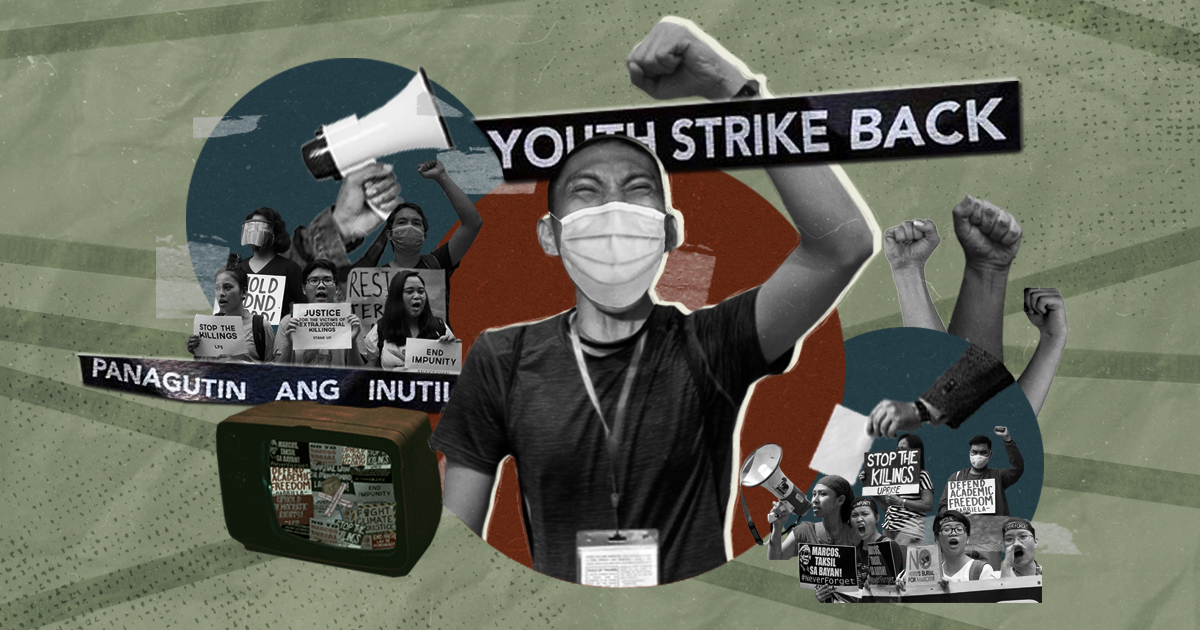 In the past, I felt accomplished whenever I stood on a podium. It was met by a round of applause every time. With my name echoing from speakers throughout the auditorium, my heart leaped as I was called. The heavy medals around my neck were always a validating experience.

However, as years passed, the awards became heavier but somewhat empty. I can easily explain complex and technical knowledge like a chemical cycle, yet I realized that I was disconnected from the reality of the world I was living in. I used to hate talking about current events or politics and was being apathetic to issues that did not affect me. I only worked hard for personal vindication and not for a bigger purpose beyond the classroom. And that realization hit me hard.

This is why in college, I decided to join a publication despite the demanding workload and current social and political risks associated with joining one. I wanted to learn and understand what it takes to develop consciousness of the world beyond the classroom.

“Action is the best way to materialize awareness. It can start from promoting healthy, factual discussions on social issues through everyday platforms.”

As students, it is not enough that we learn things for the sake of earning a diploma or high grades. Although these two things aren’t bad, we can do more things with our intellect and talents. Developing critical thinking should serve as a bridge towards engagement in social issues.

The question now is how the tools needed to develop this kind of thinking are used to raise awareness. While it is a fact that not everyone has equal access to education and technology, we can’t deny that information is no longer confined to libraries and textbooks. Ignorance should not be an excuse when all it takes is a few clicks to search and construct a knowledgeable opinion instead of simply jumping to conclusions.

However, the widespread availability of information does not easily equate to increased awareness. It is hard not to notice the youth’s growing sense of disconnection from reality. This problem has called upon Samahan ng Progresibong Kabataan (SPARK), League of Filipino Students (LFS), and Kabataan Partylist to connect with the marginalized members of society and represent the youth in political and social affairs.

But due to being vocal to social issues like pandemic negligence and distance learning, these groups have inevitably been the target of the government and its supporters. Recently, a military officer red-tagged or labeled student activists as supportive of communists. A disqualification case was also filed against Kabataan Partylist over allegations of overthrowing the government. Progressive youth members have to take safety precautions in real life and online.

Despite society’s anti-dissent climate, they champion social engagement by taking their stance to the streets and political grounds, far from the comforts of a classroom or home.

One thing to learn from these groups is that action is the best way to materialize awareness. It can start from promoting healthy, factual discussions on social issues through everyday platforms.

I personally steered away from political talks in the past because it is not considered ‘fun’ in a group of friends. But upon bringing it up, I was surprised by the amount of similar sentiments. It is interesting to know their political beliefs, which often were in opposition to those held by their parents and relatives, and how they react to these pressuring—mostly awkward—situations.

So I started to normalize these conversations in our group. I realized that this is a good platform to correct misconceptions and empathize with friends who may otherwise hesitate to start related discussions. Our society needs more of it. Discussing politics in a casual afternoon brunch shouldn’t be taboo anymore.

“While we cannot change traditional perspectives overnight, we must understand where the adults are coming from: years of status quo, as well as falling prey to fake news, are just some of the reasons.”

Sadly, the proliferation of fake news, with adult users being the most vulnerable, created this dilemma of teens avoiding these kinds of conversations with relatives; the older generation also prefers not to listen to the stand of younger people.

This culture of not listening to rants, criticisms, and proposed solutions is rooted in a single line usually seen across social media and comment sections: Ano bang ambag mo? This common phrase is being used—as a script—in response to the government’s critics, specifically from the younger demographic.

At first, the line may seem to refer to ambag as a contribution, precisely in the form of taxes. If we think about it, all citizens, even the youth, can already be taxed by purchasing goods, services, and properties. But that is not the point, and the context of the line exceeds far more than that.

The line is used most often by trolls, apologists, and diehard supporters. Simply, they think that criticisms are invalid and that the only valid concepts are the accomplishments —which is simply “idolization” or saying that they are nothing short of absolute. In the process of supporting, they give themselves the illusion of having the same superiority.

“Ano bang ambag mo?” is a way to invalidate the role of youth by silencing their free expression. It is a belief that age and experience are the only warrants for a valid opinion.

However, that should not be the case, as the nation’s youth already do their part through their awareness, actions, and votes, all of which leave a more lasting impact than taxes or blind conformity.

Our challenge now as the younger generation is to continue encouraging healthy and inclusive conversations and challenge the persistence of old-fashioned views.

While we cannot change traditional perspectives overnight, we must understand where the adults are coming from: years of status quo, as well as falling prey to fake news, are just some of the reasons. We can influence others to make more informed decisions; I taught my parents to spot fake news so their arguments will not be baseless.

Finally, a concrete way to help others make informed choices is to encourage the right to vote wisely. This materializes awareness and actions, and the youth has a crucial role in honing educated voters for the next elections. It is a duty, responsibility, and right to demand accountability through one’s voice.

As a first-time voter in the 2019 election, I was disappointed with the senate race results, considering that the elected candidates had pending criminal charges and dubious track records. At the time, it felt like my vote did not count, and popularity always wins.

However, the frustrating reality should not make us feel that our vote was useless. There is nothing wrong with hoping and acting for change and along with this aspiration is a stronger hope for educated voters. Our vision must be for future generations, who will either enjoy or suffer the consequences of our choices.

Personal vindication, it turns out, is not the recognition etched in medals or pieces of paper. It’s from knowing that I can use what I have for materializing my awareness while manifesting the belief that a better future is possible through concrete actions.