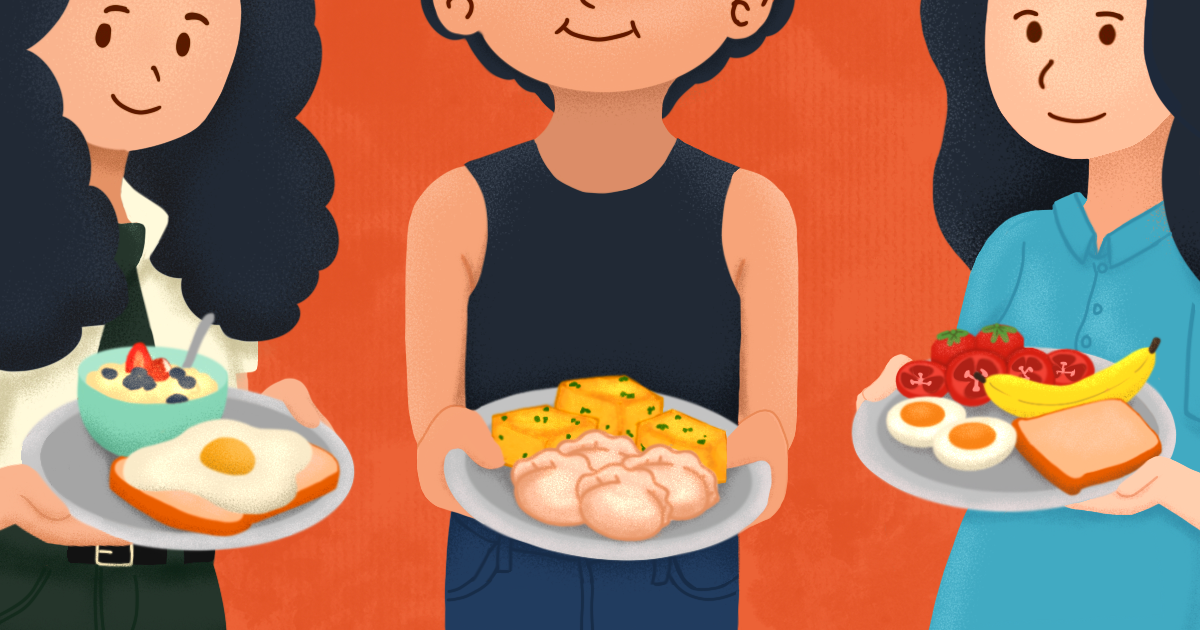 It’s typically the notion of being healthy that’s attractive but not the actual steps during mealtime. A person has to unlearn unhealthy eating habits such as frequent snacking junk food or cutting excessive portions on their plates. Going from two cups of rice to just one won’t be effortless, nor is picking an orange over those potato chips. It ultimately becomes a test of willpower.

But these things are merely surface-level problems. The actual obstacles in eating healthy are when they start clashing with the goings of our life. We have to insert new practices into already established routines of our daily living, especially when it involves a specific diet. Such diets include and exclude particular food groups which completely change a person’s eating habits.

Committing to a drastic lifestyle change isn’t for everyone, but some are willing to go to such lengths to achieve better health.

In an interview with Lavoxa, actress and comedian Maricel Laxa-Pangilinan said that she was supposed to undergo surgery because of multiple gallstones. However, her doctor informed her a day before the surgery that she was pregnant. This news changed her medical situation because the pregnancy made the surgery unfavorable. Ms. Maricel asked her doctor what her options were, and she was given two: to use pain medications or to become a vegetarian.

With no hesitation, the actress chose the latter option, “I wanted to prevent [the] child in my womb [from] being exposed to a lot of medications because I know that there are many complications that will arise from that,” Ms. Maricel added.

Specifically, she chose to follow a Lacto-Ovo vegetarian diet. This plant-based diet includes eggs and dairy products while excluding meat and seafood.  Ms. Maricel, in fact, opted for a “cold turkey” approach which meant she switched to a vegetarian diet overnight. This was despite her prior lifestyle being meat-heavy and her not being fond of vegetables. She had a bigger vision in mind, and that was for her child’s safety and health.

Meanwhile, during the pandemic, DLSL alumnus and lawyer Jun Dio read online literature and watched documentaries regarding veganism. Fueled by this new knowledge, the lawyer experienced a change in his belief system.

Since it was in the middle of a lockdown, Sir Jun decided to change his lifestyle. By May 2020, he was slowly eliminating meat from his meals and became a pescatarian. This plant-based diet involves fish and other seafood.

However, this was simply a bridge towards his real goal of becoming vegan. At the start of April 2021, Sir Jun finally committed to veganism which meant he excluded all animal products from his diet.

When discussing this topic further, Sir Jun believes it goes beyond food. His lifestyle wasn’t a “vegan diet” but rather a “vegan-friendly diet” because veganism was a way of life.

From one Lasallian to the next, fourth-year tourism student Camille Resma also wishes to become a vegan one day, though she is still on a pescatarian diet.

A few years ago, Camille found out about veganism and became interested. She studied about this matter, hoping to commit when the opportunity presents itself. With the pandemic, she was finally given the time to do a lifestyle change.

Out of the frying pan and into the fire

It takes careful planning and mental preparation to embark on a journey utterly foreign to the body when changing diets.  Engaging in these diets involves research and preparation, from buying ingredients, planning meals and even social situations.

For Sir Jun, the first transition stage of becoming a pescatarian was difficult since he used to have a meat-heavy diet. He said that he often had persistent cravings. He gradually refrained from eating pork, beef, and chicken and occasionally opted for fish to cope with this change.

Though the pescatarian diet was able to ease him into a vegan diet, he still experienced difficulties. At first, Sir Jun said he craved shrimp but eventually got over them by exploring alternatives. Tofu and vegetable dumplings are his usual go-to meals.

Meanwhile, as a student who still lived under her parent’s roof, Camille’s struggles were caused by the scarcity of resources and time. These factors were even more amplified during the community quarantine.

The strictness and caution needed during the pandemic meant that Camille couldn’t go shopping for her food and ingredients at a moment’s notice. And since she lived with her family, requesting a separate meal from her parents was difficult.

Camille said she needed to be more independent and responsible. For breakfast, she goes for oatmeal or fried egg with bread. Tofu is also another part of her meals which she buys from her neighbors and cooks herself. Though these adjustments were complex, Camille said she does her best to remain consistent even with her school responsibilities.

Compared to Sir Jun and Camille, Ms. Maricel claimed that she had minor problems changing her lifestyle because she was more concerned with her child’s health.

Her breakfast typically consists of eggs, rice, toast, and fruits. For snacks, she occasionally eats a cherry tomato, celery, or carrot. She vouches for their nutritional value, especially when compared to the typical sugary snack.

The troubles she did face were during events and occasions.

“Well, the difficulties include expecting already that you might not have a chance to eat in a celebration because not everybody knows that you’re vegetarian. But you still want to honor your host, so you try to eat as many veggies as possible they have in the dishes,” she said.

Reaping the fruits of their labor

Choosing to eat healthily will undoubtedly lead to a much healthier overall well-being. Before changing her lifestyle, Camille only saw eating as a chore, making it difficult for her body to get the proper calories. This resulted in her being pale, tired, lightheaded, and prone to headaches and spinning sensations that can lead to fainting.

Following the lifestyle change, Camille said she doesn’t feel as weak as before. She feels more energized and is less prone to fainting. Despite being underweight, she also doesn’t get sick as much.

For the actress, Ms. Maricel describes her entire well-being as at its best. She spoke of the peace of mind, freshness, and the absence of pain from eating all sorts of meat. She has even done five marathons and has engaged in multiple triathlons while on this diet. “I’m healthier now, and I’ve been a Lacto-Ovo vegetarian for 20 years,” Ms. Maricel added.

According to Sir Jun, going vegan affected how his body felt after physical activities. He described his body would feel much heavier after running, biking, or doing bodyweight exercises in the past. Now, he recovers more quickly, and he thanks his plant-based diet for that.

The lawyer also said that his lifestyle choice aligned his actions with his beliefs regarding the environment. Before, Sir Jun experienced mental discomfort because he was environmentally conscious yet continued habits that went against this. Though he acknowledged that veganism wasn’t completely free from animal involvement, it was still an effort to be a more sustainable consumer.

A healthy life takes effort both in and out of the kitchen. The world isn’t built to accommodate these diets, so a person must go against the grain. Planning, preparation, and most of all, perseverance is vital when on an entirely new food journey.

If a person does want to try out a new diet, Camille says that it’s essential to do the research, be resourceful, and keep a realistic view of a goal.  According to her, transitioning can be difficult, especially when the food available is not aligned with the diet.

With this in mind, the question now becomes when to change one’s lifestyle. Taking a step back and assessing how we’ve been living life so far is a good start. We have to understand what our bodies want and most importantly, what it needs.

With reports from Angel Therese Chavez