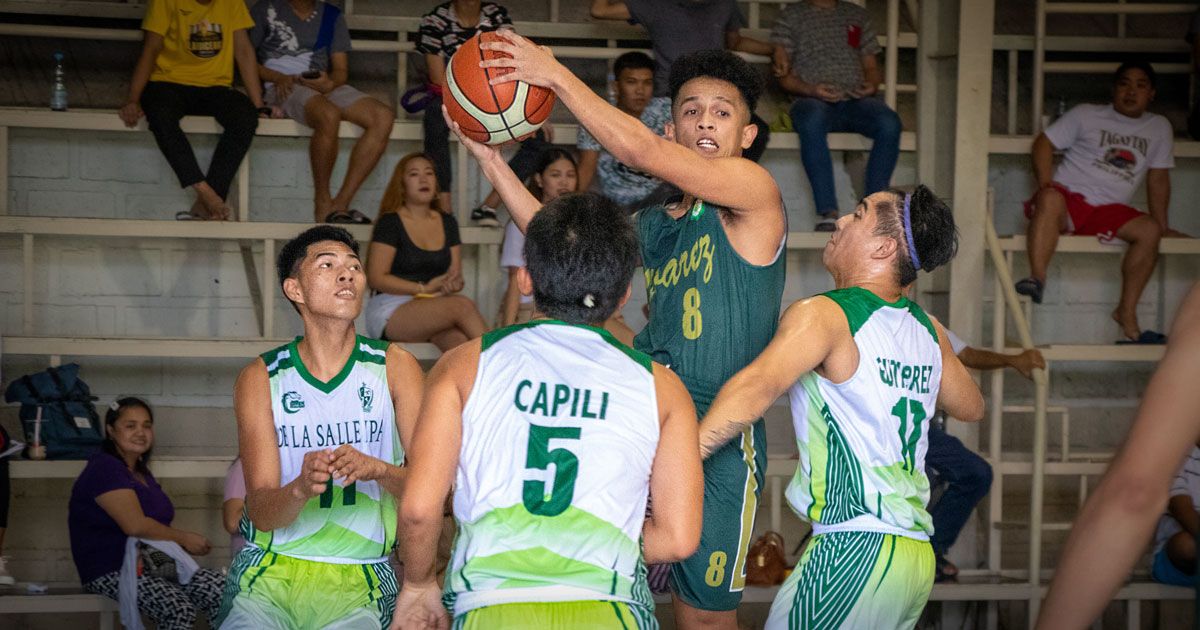 Both teams struggled to score in the first minute of the first quarter with multiple turnovers on both ends, but breaking the silence was the exchange of fiery 3-point shots from Olivarez’ Rayzon Celastino and Stallions’ Jed Claud, 3-3.

Stallions’ Christian Gutierrez was able to score a quick 2-point shot through a smooth lay-up despite the Parañaque-based team’s tight defense. However, it was abruptly countered by Olivarez’ Lance De Leon and Elie Yani molten two-point jump shots, 9-8.

Trying to increase the pace, DLSL’s team captain, Jeremie Capili, dropped a 3-point basket to regain the lead. But Sea Lions’ De Leon immediately answered with an effortless lay-up, fostered by Barcuma’s 2-point mid-range, enlarging the margin to 19-15, in favor of the Parañaque-based team.

Despite the Stallions’ attempt to tighten their defense, Olivarez’ Redel Fabro triumphantly delivered an arching 3-point shot. The Sea Lions continued banging on the Stallions tower as Julian Posada and Rey Baracuma blasted back-to-back 2-pointer shots through their lay-ups and mid-range jumpers, 26-15.

After consecutive shots from the Olivarez team, the Stallions regained their composure as Lawrence Platon delivered a blazing 3-point jump shot that was supported by John Andaya’s easy lay-up to cut the lead at the end of the first quarter, 26-19.

The Stallion’s were fired up as they entered the second quarter through Platon’s consistent mid-range jumpers. However, the Sea Lions still controlled the game through Louie Vargas and Redel Fabro’s excellent fastbreaks. Vargas drew contact as he was attacking the basket and turned it into a victorious 3-point play, 52-39.

Regaining their grit in the game, Sea Lions’ Posada cracked an easy 3-pointer that was quickly furthered by Vargas’ two consecutive 2-point jump shots before the end of the third quarter, 67-58.

In the final quarter, the Stallions were still determined to catch up through the Capili, Claud and Platon trio’s 3-pointer and 2-pointer mid-range jumpers. However, they proved less of a match against the Sea Lion’s Mark Gallano’s swift fastbreaks.

On the other hand, the combined strength of Vargas, Gallano and Posada for the Olivarez team created a deeper pit for the Stallions fortress as they executed smooth 3-point shots and lay-ups and closing the game under Parañaque’s ruling, 93-75.

OCP has been the UCCL champion for seven consecutive years, proving their basketball prowess as they marked the Stallions’ first loss this season, with a 4-1 standing.