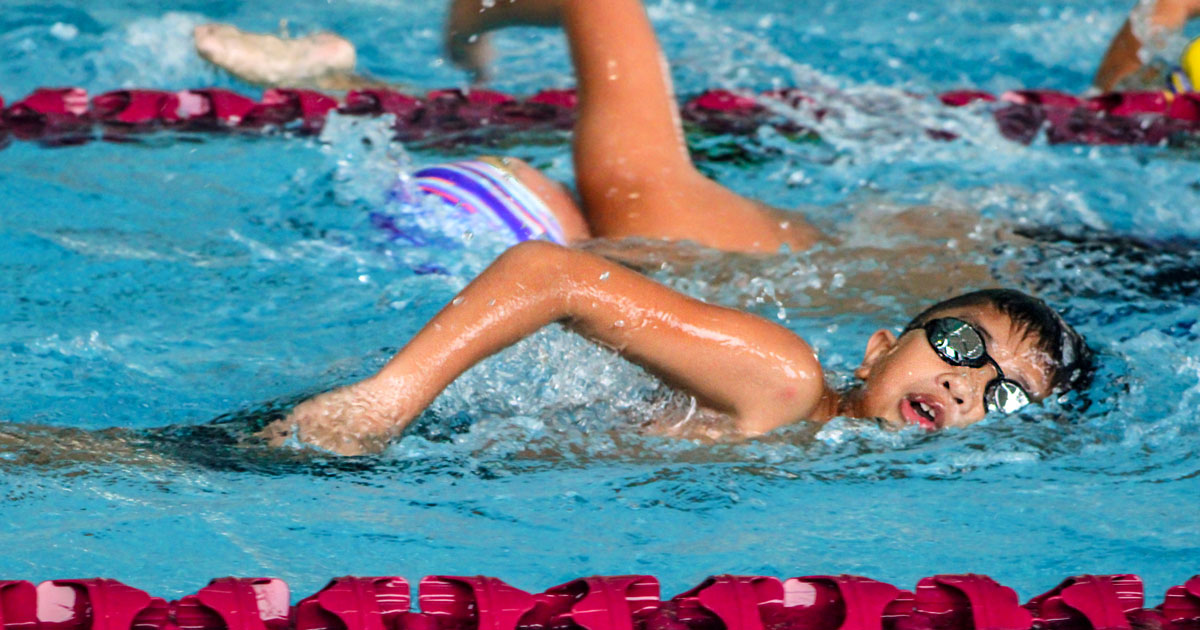 Likewise, the DLSL Clarence Dimaculangan and Gerard Litargo tandem dominated heat 3 of the men’s 50-meter breaststroke with times of 35.78 and 36.26 seconds respectively, grabbing the 9th and 11th spot out of the 33 other swimmers in the said event.

Meanwhile, the DLSL lady swimmers also emerged victorious in the women’s division as Xela Marie Beredo finished first in heat 2 of the 50-meter freestyle, a full five seconds ahead  of Dominican College of Sta. Rosa’s Shaira Sison who clocked at 40.39 seconds, and Sophia Ramirez of Batangas College Arts & Sciences at 46.07 seconds.

Beredo made use of her perfect tumble turn to secure her dominating advantage.

Determined to further the lead in the competition, DLSL’s Guiana Marie Nacion then settled for second place in heat 1 of the women’s 50-meter freestyle event with 35.16 seconds on the board as she outshined by a steadfast performance Michaela Sula from Spartan Swimming Teamwho who finished at 31.43 seconds.

However, Nacion claimed the 15th spot out of 36 swimmers in the women’s 50-meter backstroke after setting a time of 39.66 seconds to beat Jayemarie Taguibao of San Beda College Alabang at 39.76 seconds.

Meanwhile, DLSL’s Beredo and Mortilla both dominated heat 1 of the women’s 50-meter backstroke with a 40.26 and 43.49 recorded time ahead of the 44.12 seconds by Brent Subic’s Sylvern Bound, snagging the 17th and 22nd spot respectively against 36 other swimmers.

Struggling to overtake her opponent, DLSL’s Aliza Rose Mayo fell on the third spot in heat 2 of the 50-meter butterfly with 47.19 seconds, losing in a close race against Brent Subic’s Kim Song, finishing earlier with a 45.45 clocking.

Furthermore, Mayo widened DLSL’s lead in the competition as she snatched the 9th place out of 25 swimmers in the women’s 50 meter breaststroke.

Following DLSL in the ranks were the San Beda College Alabang who snatched the second spot with a total of 225 points, and the Elizabeth Seton Saints in the third spot garnering a total of 210 points.

Coach Libat shared that the LSMS serves as a stepping stone for the Green Stallions’ interdivision tournament happening in November.