The moment I decided to pursue my dream of becoming a programmer, I knew right then I would come across difficulties in my college life most students don’t normally consider as challenges. This idea became more apparent towards the end of the previous semester as obstacles in the form of newly-installed turnstiles were placed around the campus.

To constantly move around with a wheelchair is never an easy feat. Others might say that a PWD card for discounts or priorities in queues would be more than enough to make up for the disability. But observing how easy it is for my friends and others to pass through the tight passageways between the new turnstiles, I feel otherwise. No amount of perks in this world would compensate for the feeling of being helpless in the face of a physical obstacle–especially an obstacle that isn’t an obstacle for other people.

I am used to encountering coding errors and other algorithm challenges as a computer science student. But when I once tried to pass through the turnstiles, I realized that missing semicolons in programming are not much of a bother compared to the poor design of these newly-installed bars of steel that pose an inconvenience to my disability.

Even though the installations are still in progress, the burden is already apparent. At a glance, there are already valid reasons to be worried about the poor design and planning of these turnstiles. Two sets have been placed side-by-side at both the Mabini Building and Student Center, with the swing gates providing entrance and exit points, and the tripod turnstiles being exclusive for exits. In both cases,  wheelchairs cannot fit through as the allotted spaces are too narrow.

“I realized that missing semicolons in programming are not much of a bother compared to the poor design of these newly-installed bars of steel that pose an inconvenience to my disability.”

Of course, the obvious solution may have been to install manual gates for wheelchairs to pass through, but the turnstiles near the Capilla have none. From a previous dialogue, the administration claimed to have full knowledge of the situation, citing that they have requested adjustments for PWDs since last year. They are hoping that the problem would be addressed some time in the following month.

Certain areas installed with turnstiles have also become completely impassable that even manual gates would not suffice—in particular—the pathway in front of the JRF Building. Because of this, PWDs would still need to detour through the risky driveway along with passing cars just to get from one end to another.

Much to my dismay, students who have classes at the Mabini Building, and who are entering school from the CBEAM gate, would need to swipe twice at two turnstiles which are just a few meters apart from each other. Although it has been claimed by ISESSO after a series of tests using a tally counter that an approximate of 30 persons can pass through the turnstile per minute, such a conclusion cannot be verified until it becomes fully functional.

Up to this day, I am also unsure whether physically-challenged students of the school should be required to scan their IDs. Not for such to be mistaken as a perk, I just think it should already be understood that we may skip the security procedure because limitations in arm mobility may restrict us from reaching the scanner. Doing it for compliance, I and other co-PWDs would agree that the new security checkpoints at every building and walkway will just add to our dilemma.

The issue is one of inclusivity and which warrants the attention of the institution. It is the institution’s responsibility to discuss and to clarify matters with the affected community whether they be the majority or minority in order for them not to feel neglected. In this case, there was a lack of consultation with the PWD community prior to the installations.

While it has been pointed out that the recent installments are made for the welfare and security of the students in general, adding a security-oriented device is still not enough to guarantee security. The decision to keep the manual gates unlocked in consideration for the PWDs defeats the purpose of their installation in the first place. As no personnel will be stationed at every turnstile (because the purpose of a turnstile is to reduce manpower after all) there will be nothing to stop unauthorized individuals from bypassing surveillance using the manual gates.

“It is the institution’s responsibility to discuss and to clarify matters with the affected community whether they be the majority or minority in order for them not to feel neglected.”

The expected installment of an anti-tailgating alarm system for the swing gates that triggers once someone passes without tapping their ID cards would also become useless particularly for the same aforementioned reasons. All of these nullify the safety primarily aimed at by the project.

In case of emergencies, gates like these could impose more risks during sudden evacuations, becoming impediments if worse comes to worst. A stampede involving the students—who are yet to be oriented on the proper evacuation procedures and routes considering the new hardware—is not unlikely to happen.

All the more, considering the appropriate response to the needs of PWDs in the event of a crisis is also another thing. According to the school, it has made plans to designate field marshals on each floor in order to send appropriate help when needed but my own experience cannot attest to such a plan being in effect.

I remember having an orientation in the auditorium, located on the 5th floor of the Diokno building when the elevator was not working. It was a drag to search for personnel who would be readily available for help in carrying the wheelchair up the stairs. It seems that for every event, it is the differently-abled students’ responsibility to find ways to reach the location no matter how long the flight of stairs. It is hard to establish trust in the institution when it leaves the students themselves to accomplish its own vision of inclusiveness. If De La Salle Lipa is really aiming to champion inclusivity as stated in its mission and vision, it should have made fair considerations with the different situations faced by Lasallians in the community.

“It is evident that this recent endeavor brings along with it the burdens of mediocre architecture, security loopholes and yet-to-be discussed hazards.”

The newly installed turnstiles may seem convenient and effective because it does its job in enforcing single entrance at a time. One particular potential is to include system integration that can monitor foot traffic and check attendance to ease the load in supervising events like seminars and orientations and avoid unwanted entrants in the long run. But without a consistent and a more inclusive design for these gates and passageways, the solution to lessen the difficulty for students like me seems to have been overlooked. What the institution can do now is to compromise, but which is hardly feasible considering that the turnstiles have already been permanently installed. The capabilities of technology will only be limited by how it is utilized and it is evident that this recent endeavor brings along with it the burdens of mediocre architecture, security loopholes and yet-to-be discussed hazards.

However, my goal of being a programmer continues and the least I can do now is to think of ways to cope up with these turnstiles once it becomes fully functional. I also hope that at the same time, the school accords attention to the problem. 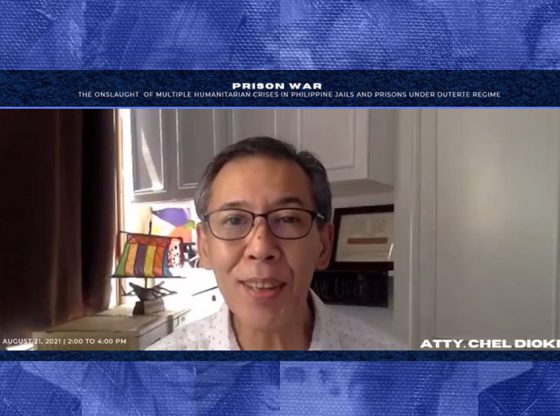