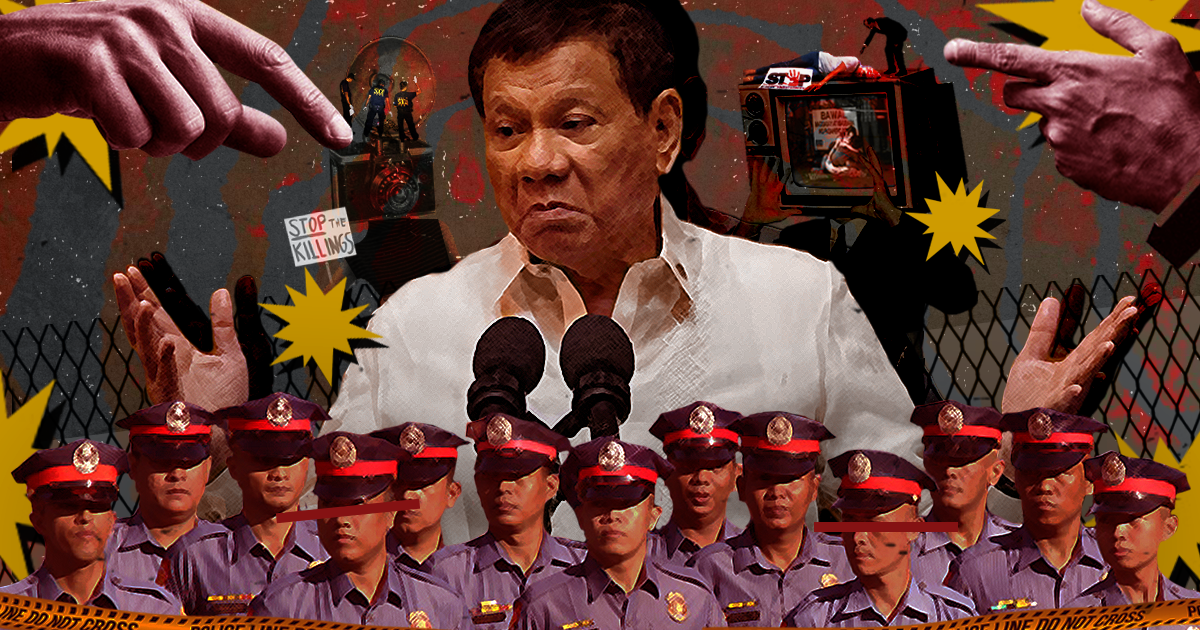 Two weeks ago, my news editor messaged me saying that there had been a shooting incident in a terminal near a shopping mall. I quickly browsed through social media in the hope of verifying the situation, but nothing came up. So I decided to go there and see it for myself.

Upon arriving at the terminal’s entrance, people came out of the mall; some turned left towards the private parking. Some went in the same direction as mine towards public utility vehicle’s (PUV) parking where supposedly the shooting took place. There were parked jeepneys and multicab waiting for passengers while the drivers were gathered together looking at something in the same direction. I tried to approach the drivers, but I was stunned when as I approached, I got a glimpse of a man’s body on the ground surrounded by investigators.

It was only three meters away from where I was, and when I looked around, I noticed that there were barricade tape and a lot of security officers from the mall. I contacted my editor to confirm the incident. I was about to start taking pictures to cover the story when security approached, saying that it was not yet allowed as the “investigation was still ongoing.” I complied, feigning courtesy. However, when I tried to talk to the drivers, a mall security officer asked me to leave the premises and escorted me back to the terminal entrance. Unable to do anything in my position, I just nodded and left the both of them.

As much as I was disappointed by how security treated me, what bothered me more was the sense of normalcy around what happened. People were just around going about their usual business. The terminal was still wide open, and people were still coming out from the mall in droves. Inside the mall, people were still enjoying the limitless options of things to buy and eat. There was no sense of any threat or even fear, considering that the suspect might still be at large and a man lying in a pool of his blood was just a few meters away.

Needless to say, I was not able to get any details from anyone on the scene to write a story with. Nothing came up in the mainstream news as well after that. It was as if the incident never happened at all.

Has it really come to this? Have we become so desensitized to news of killings that when something happens in our own backyard, we are scarcely bothered by it anymore? If so, this culture of wanton violence might well be the legacy of this current administration.

Though this shooting incident may or may not be related to the recent spate of state-sanctioned killings, this scene still poses a grim visualization of how normalized killings have become in our country.

“These underreported extrajudicial killings and uninvestigated cases prove that our fundamental human rights, including our rights to due process, are continuously being overstepped by the culture of impunity the administration has built within their sector and among their allies.”

On March 7, just a few days before this incident, a Sunday crackdown was conducted by Philippine National Police (PNP) and Armed Forces of the Philippines (AFP) across CALABARZON, resulting in the death of nine red-tagged activists. This crackdown happened after President Rodrigo Duterte told the police and soldiers, on a national broadcast, to “kill” communist rebels in encounters.

Using the clichéd “nanlaban” card, it seems like the authorities just got away again with being held accountable for the nine lives that had been recently taken, adding to the thousands of others mercilessly killed for the past years in the regime’s so-called “War on Drugs”. In an article published by Human Rights Watch (HRW), “‘Our Happy Family Is Gone’: Impact of the War on Drugs on Children in the Philippines,” it said that as of January 2020, an estimated 27,000 had been killed by police, agents of the law, or unidentified assailants, and only 76 of which resulted to an investigation.

These underreported extrajudicial killings and uninvestigated cases prove that our fundamental human rights, including our rights to due process, are continuously being overstepped by the culture of impunity the administration has built within their sector and among their allies. The men in uniform have taken the justice system into their own hands, and they have been consistently serving death warrants among suspected drug users. And, now, even activists and human rights defenders have been served the same order.

These cases of escalated violence, intimidation, and harassment are indeed another call for immediate action. But whom do we seek help when we know that the law enforcers themselves are the perpetrators of death and violence?

During these dangerous times, we have to be more assertive, and we must educate ourselves and other people about our rights and the power they have to demand justice as citizens of our country. We must be reminded that the public’s collective power is always superior to any government, and we have the responsibility to remind them of its duty to protect and serve the people, not itself.

“But whom do we seek help when we know that the law enforcers themselves are the perpetrators of death and violence?”

The killings of activists reveal the fear the government has for its critics. Instead of straightening their bent priorities to plot a successful COVID-19 response and recovery plan, they shifted their primary focus onto their “brutal counter-insurgency campaign” against red-tagged activists—a mere tactic to reposition the public’s focus. In the middle of a global pandemic where millions of lives are gravely affected, the Philippine economy is at its lowest point, and job opportunities and financial aid are lacking; the killings seem like a timely cover-up for how the government had consistently failed in alleviating the country’s plight.

The killing that happened two weeks ago became an eye-opener for me, a personal reminder not to let this kind of cruelty be part of the new normal we live in. The presented numbers above were not mere statistics, those are human lives that have been ended by recklessness and fascist leadership, and this should stop soon. Pushing for accountability is a must for the lives lost. It is not the time for us to be silent.