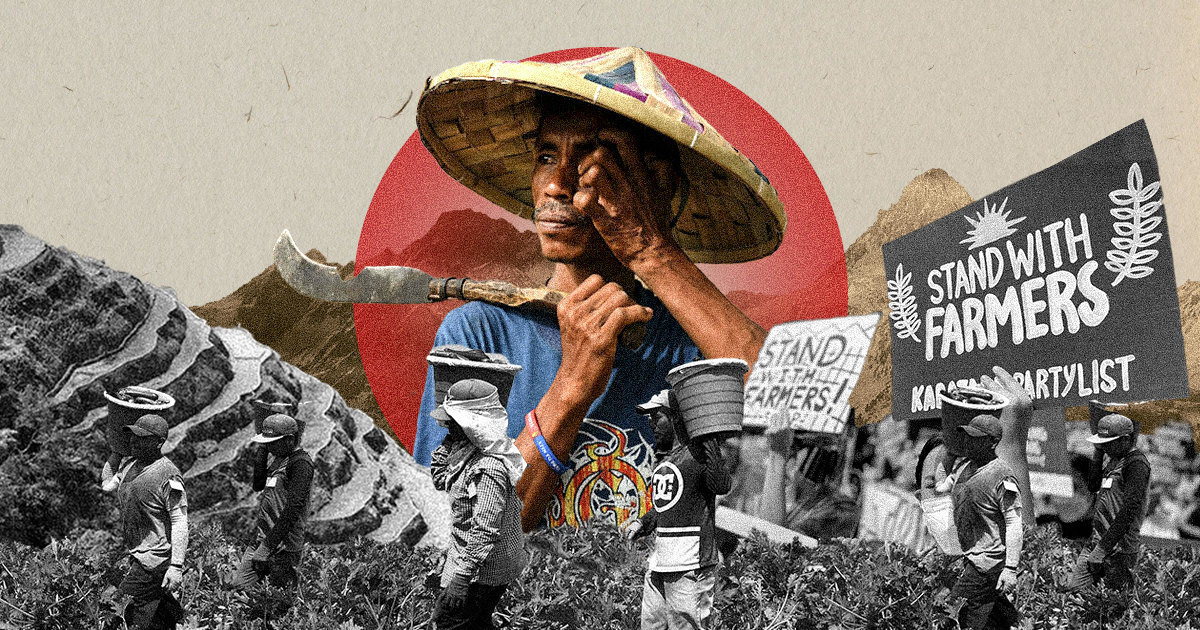 As one of the top countries that produces and consumes rice, the Philippines ought to be the place for farmers to grow their livelihoods around these staple crops, however, stability proves to be elusive as farmers remain among society’s poorest and most vulnerable.

With alarming situations such as the competition with imports in the market, successive calamities damaging the harvest, fights for land ownership, and the COVID-`9 pandemic, the plight of the Filipino farmers continue as these disruptions hindered farm operations and brought further damage to the market system.

Last August, the Department of Agriculture (DA) guaranteed enough food for everyone returning to lockdowns but the chairperson of the Kilusang Magbubukid ng Pilipinas (KMP), Danilo Ramos claimed otherwise. He told CNN Philippines that if there is sufficient food, it is either controlled by the private sector or people in cities that are panic-buying.

Meanwhile, farmers and other agricultural workers can only panic and not buy as the crisis puts them in deeper poverty. To recoup from income losses caused by a series of calamities and pandemic consequences, KMP requested P10,000 financial aid and a P15,000 production subsidy, but DA has yet to commit.

The Philippine Statistics Authority also revealed last August that agricultural production had dropped by 1.5 percent in the second quarter of 2021, following a 3.3 percent loss in the first quarter. This only shows that the effects of the pandemic continue to damage the livelihoods of our farmers.

Moreover, another issue faced by Filipino farmers is being threatened and labeled as a terrorist for voicing out against government policies, with claims of the current administration attempting to silence its critics.

Gameng has also been subject to constant harassment from authorities, having once been interrogated and threatened to surrender or else face grave consequences by a police officer.

Despite concerns and appeals for aid being voiced out by farm leaders themselves, assistance from the government for the difficulties in this sector remains minimal or absent. The low prioritization of the government towards this sector is continuing to affect the plight occurring in the livelihoods of farmers, pushing them into more poverty and hunger.

These detrimental effects of the pandemic towards peasants show the need for immediate action. As more hurdles increase the state of the already-declining agricultural sector, farmers are in dire need of proper support for the security of their means of income.

In a time of great crisis, upholding a system that works for the people who form the backbone of our economy is a must as they are crucial to the country’s economic recovery and play a vital role in working the hardest to provide us with food on the table.

It is more critical than ever that we stand in solidarity with the afflicted farmers to bring an end to their plight.