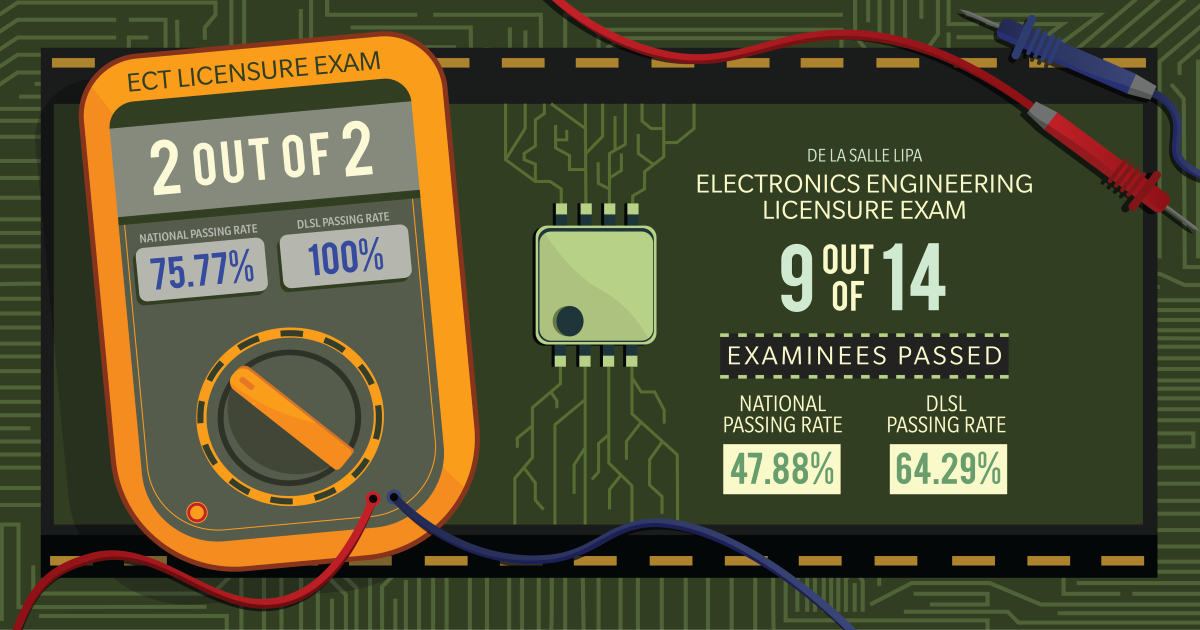 On the other hand, both of the examinees from DLSL passed the Electronics Technician (ECT) licensure examination, resulting in a 100% passing rate for DLSL.