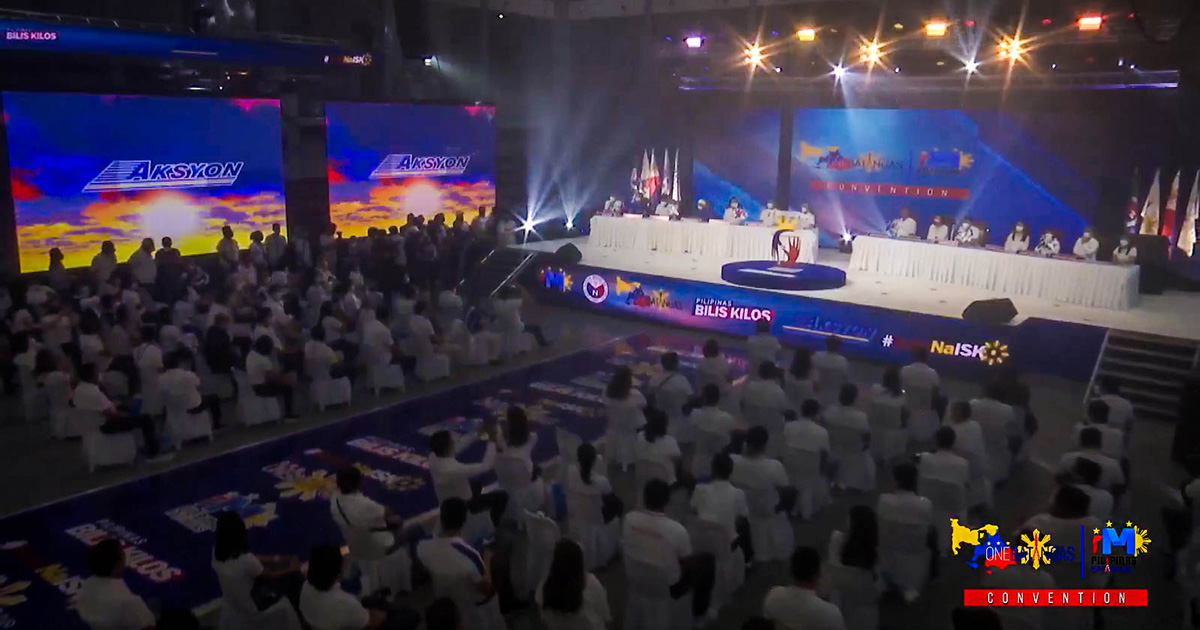 Domagoso attended a convention of ONE Batangas held in Claro M. Recto Event Center in Lipa City on Oct 15 where he was accompanied by his running mate Dr. Willie Ong, and three senatorial candidates of Aksyon Demokratiko.

The event was hosted by Senate President pro tempore Ralph Recto who, along with five incumbent Batangas representatives, 21 mayors, and around 70 other members of the ONE Batangas group, openly showed their support and pledged to deliver a million votes for the Isko-Willie tandem.

Recto was also all praise for Domagoso, stating that “he will make a good president.”

“Mayor Isko has the training, skills, experience, and leadership to be an outstanding president. He has shown this as a mayor of Manila most specially during this pandemic. He is young, energetic, and implements his programs quickly, in “bilis kilos” fashion,” said Recto.

Lipa City officials also presented Domagoso with a copy of Sangguniang Panlungsod Resolution designating him as Lipa’s “adopted son” during the event.

He also received a copy of a resolution authorizing Lipa City Mayor Eric Africa to enter into a sister city partnership with Manila.

Meanwhile, Pacquiao and his camp visited Lipa City public market and Balayan Town, last Oct 14, in order to fulfill the promise he made in November 2020.

During his visit, he provided relief goods and cash to around 7,000 residents of the province who were affected by the COVID-19 pandemic and the eruption of the Taal Volcano in 2020.

Pacquiao also bought sacks of Barako coffee during his visit to the public market of Lipa to show his support as well as to get a deeper insight into how the government could support the local coffee industry.

The senator first paid a courtesy call to Mayor Africa followed by a lunch visit to the Batangas Archbishop Gilbert Arcera at the Archbishop’s Palace, and lastly to Senator Recto and his wife Congresswoman Vilma Santos-Recto.

Pacquiao was previously recognized and declared as the “adopted son” of Batangas Province last Aug. 2019, for his distinct contribution to the line of infrastructure, enthusiastic promotion of significant projects, and serving as a good example to every Batangueño.

These visits by the presidential aspirants caught the attention of the Department of the Interior and Local Government (DILG) and caused them to start looking into the mass gatherings for potential health protocol violations.

DILG Secretary Eduardo Año, in a virtual event organized by NeGosyo last Oct. 15, stated that there were reports of mass gatherings due to certain “politicians running for national positions” visiting the vote-rich province of Batangas.

“A running politician for a national position went to Batangas and there was a sort of a violation on the provisions of mass gathering so I will be looking into that,” Año said.

Despite not mentioning the names of the said politicians, Pacquiao and Domagoso were the only two out of 97 total presidential aspirants who had separate events in the province.

As of press time, there are no reports yet regarding the development of the investigation.