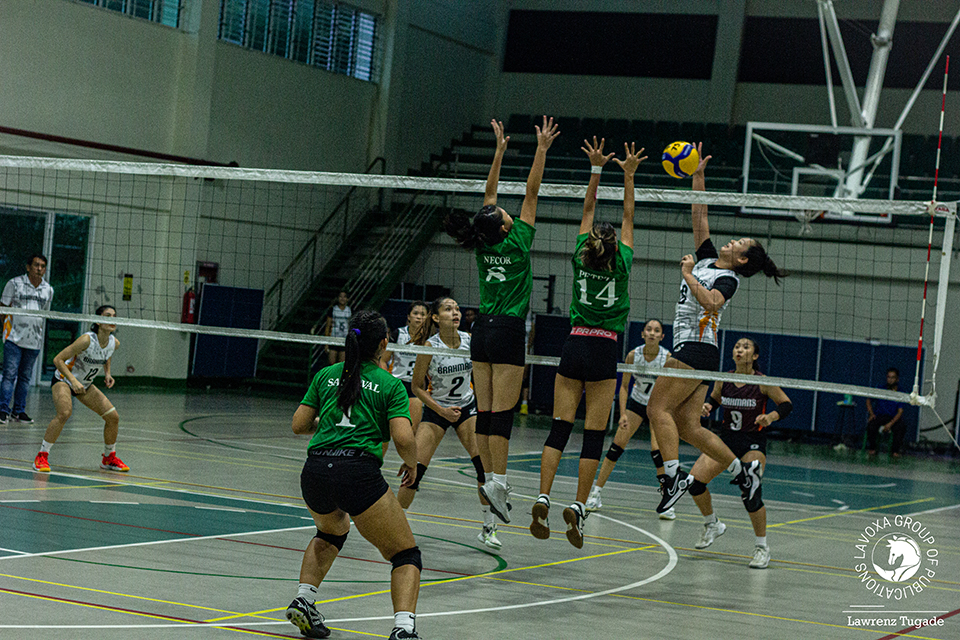 UB won the battle for the volleyball women’s championship over De La Salle Lipa (DLSL) Green Stallions with a 3-0 sweep and claimed the men’s basketball championship against San Pablo Colleges Laguna in a close game, 88-81.

This brings UB in contention for the overall title, with DLSL having dominated the medal tally rounds from the first and second phase of the NCAA season.

Following the theme “Reimagine Sports: Engage, Empower, Enable”, this season reintroduced the sport tournament after the onset of the COVID-19 pandemic and was held consecutively Dec. 2021 to July 2022.

The third phase of the tournament consisted of the official basketball and volleyball games which were divided into two parts, including the elimination games to decide the semi finals matchup held last July 9, and the championship games held last July 16.

One of this year’s top-drawer institutions, UB, took the championship over De La Salle Lipa (DLSL) Green Stallions in a fiery game, with the last set ending at 25-21 to complete their 3-0 sweep.

Continuing with their dominance, UB also won the men’s basketball championship as they beat San Pablo Colleges Laguna in a close game that ended 88-81.

Meanwhile, the DLSL women’s basketball team were able to advance to the championship where they won the first game of a best-of-three playoff against San Beda College Alabang (SBCA). However, the momentum shifted as SBCA took back two games from the Green Stallions, ending with a 74-70 score in the final game.

The official results for Phase 3 are yet to be announced with UB as its expected victors.

DLSL bagged 18 gold medals for football, 11 each for chess and volleyball, nine each for basketball and badminton, seven each for taekwondo and table tennis, and five for physical conditioning–totalling to 77 gold medals. The school also took home 49 silver medals and 28 bronze medals.

DLSL was then followed by its rival universities, First Asia Institute of Technology and Humanities (FAITH) colleges with 79 medals and UB with 74 medals.

UB were the second phase victors as they took a three-medal lead against DLSL, bagging six gold, seven silver, and eight bronze for a total of 21 medals.

The second phase or the Face to Face Skills Competition featured basketball, volleyball, and football which were all held in the home courts of DLSL last June 11.

At Centen, the football skill challenge included drills such as the figure of eight drill, slalom dribbling, joggling, and penalty kick.

As of press time, the tally base from the rankings of Phase 1 and 2 presents DLSL as the forerunner of the season, taking home 173 medals, followed by UB with 95 medals and FAITH with 94 medals.

The 23rd season of NCAA South is set to end with an awarding ceremony that is expected to take place on Sept. 28.