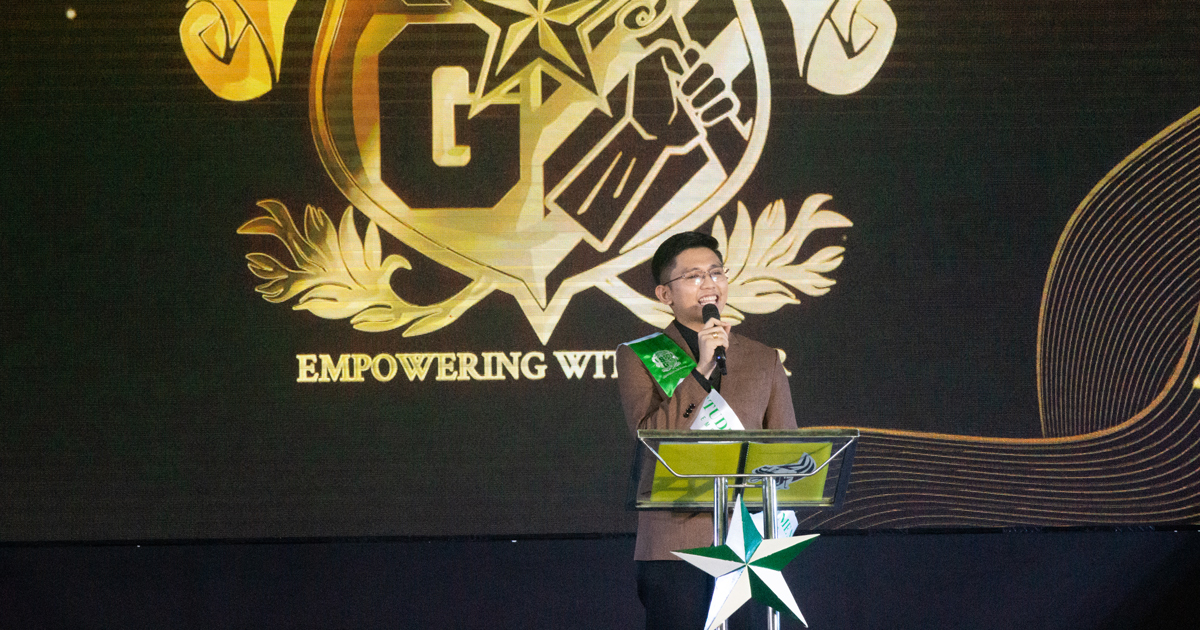 Outgoing SG Officers gathered on the Sentrum stage as they turnover their positions to the SG officers for A.Y. 2022-2023. (P. Capuloy)

Castillo highlighted ‘significant wins’ in his speech, pertaining to the petitions they fought for which eventually led to the creation of ‘DLSL Safe Space Policies of 2022’ aimed to cultivate a non-discriminatory community for all DLSL students.

“Always stand up for the truth. Be the banner students’ interests by working with and for them, and neutrality is not and will never be an option in the student government–stand firm for the students and with the students,” Castillo said.

Castillo also mentioned how SG rendered a total of 96 implemented projects and 106 activities, including the ‘Mental Health Breaks’ that were previously not included in the school calendar.

At the conclusion of the event, the incumbent SG executives along with the college governors, vice governors, and program coordinators from each college council stood beside the incoming officers as they recited their pledges and accepted their roles and obligations as the new leaders of the DLSL student body, led by Glark Farol, the incoming executive president.

In his statement, Farol expressed his hope that the new student leaders would always prioritize the needs of the student body.

“We will stand firm for the students even if there will be challenges ahead of us. Rest assured that we will get through all our problems and become better as we are all ignited by a good cause,” Farol said.

Farol ended his message by reminding the incoming officers to remain humble while continuing the legacy that the outgoing student officers started.

The event also included an awarding ceremony presenting major, minor, and special awards to recognize the efforts and service rendered by student leaders in the preceding school year.