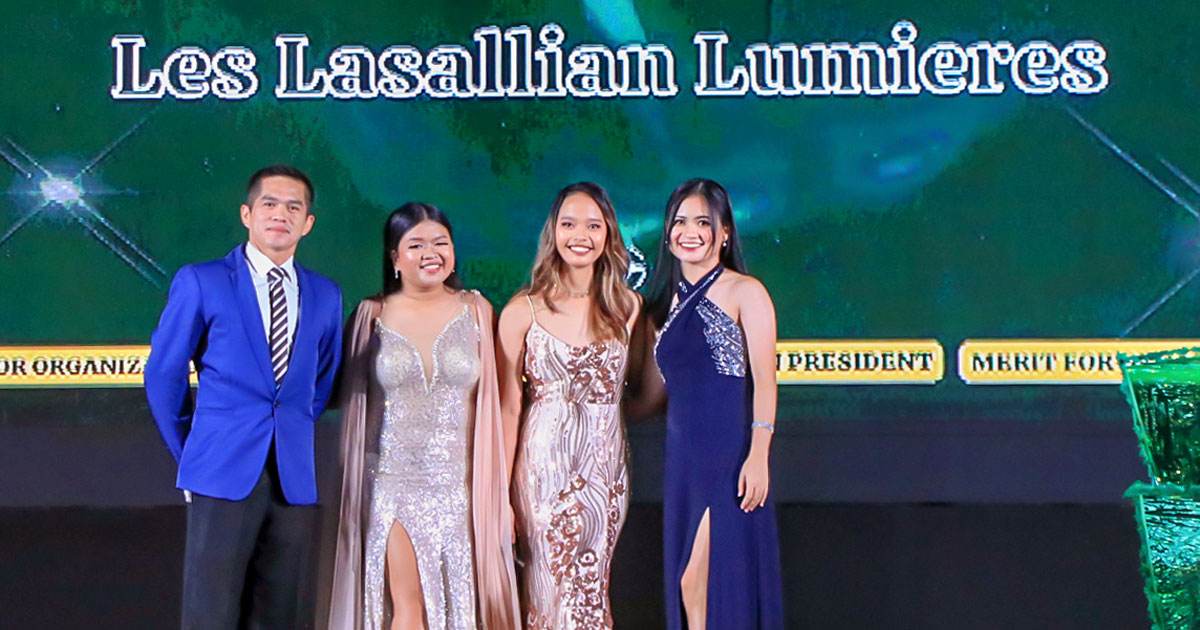 LLL is the official youth organization of DLSL’s working scholars which have been spearheading student-related events that center on strengthening faith, spirituality, care for the environment, honing of talents and other work ethic enriching activities for Lasallian scholars throughout the years.

Among 38 student organizations under the Council of Student Organizations (CSO), the FSC award was given to LLL as a reflection of the organization’s services that embodied the seal of faith, exemplifying servant leadership and communion in mission.

Sunshine Rivera, one of the student leaders behind LLL, won the Award of Excellence for Organization President, together with LLL’s Jenilyn Mangilit as the Outstanding Organization Officer under the SCRO division.

The two were joined by Renan Kasilag, LLL’s organization adviser, who also received a Merit for Organization Adviser.

LLL, through their official Facebook page expressed their gratitude for receiving numerous recognitions.

“It is with great pride to share with you that our beloved organization, our Les Lasallian Lumieres, and its pool of officers have bagged 13 outstanding awards in the recently concluded Gawad Lasalyano 2022,” said LLL.

The Star of Faith, a category under the FSC Award, was awarded to LLL, MusikaLista, and Junior Philippine Institute of Accountants (JPIA).

The organization’s representatives of LLL, Educators’ Circle, together with De La Salle Lipa Pre-Medical Society received the Emblem of Service, another category under the FSC Award.

The last installment of the FSC Award, Beacon of Communion, was presented to LLL, Lasallian League of Nurses (LLN), and Dulaang Kentawra, formerly known as Teatro Lasalyano.

The awarding was followed by the turnover ceremonies and oath-taking of the incoming student leaders and organization officers for the Academic Year 2022 – 2023.

Gawad Lasalyano is the annual awarding ceremony commenced by the DLSL CSO that aims to recognize the efforts of student leaders, faculty members, and CSO-accredited organizations in student activities throughout the year.