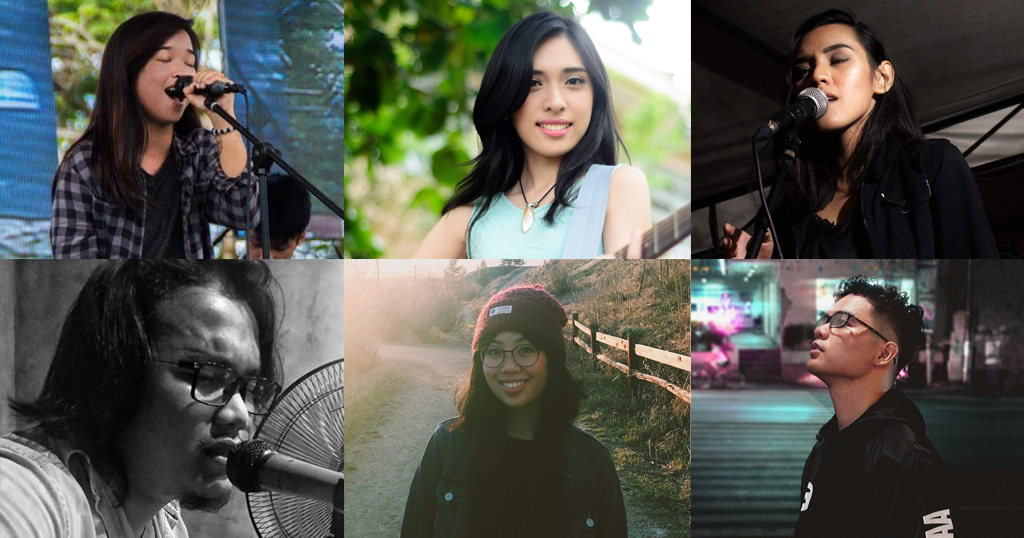 Admit it or not, there are songs usually from mainstream artists that serve us too much feels and realness within three minutes or so that we sometimes label them as the soundtrack of our life. But when songs like the heart-rending ‘Tadhana’ of UDD (Up Dharma Down) was released, we suddenly flipped the disk. I guess it’s one of the reasons why some of us continue to look into the realm of the flourishing scene of the local independent— indie—music. Nothing beats a song that understands us.

Fortunately enough, we, Lipasallians, don’t have to throw the rod much further because we have our own water to fish from. Here are six indie artists of our very own that you might want to check out if you want some feels served in a breath of fresh music:

Mayel is a master of her own game. As a singer-songwriter, she plays piano and has written six songs some in collaboration with one of her four bands, Kromp. Most of her compositions tackle the excruciating pain of sad love in a soft mellow tune.

But this woman is not just all about the mushy feels. She’s got depth and edges. If you want to see her live and sing-along with her swoon-worthy voice, you can catch her along with other Musikalista members during their performances in DLSL such as Animo Jam.

Here’s a link of one of Kromp’s songs uploaded on one of the band member’s, Robert Gondallas (Vocals and Guitars), soundcloud account. Mariel wrote the song, arranged its tune and did the background vocals: https://soundcloud.com/robert-paulo-gandollas/stand-by-you-kromp

While some of us are still trying to figure out what we want to do in life, Richanne already has her life planned out. At the age of 15, she has already written more than 20 songs and has performed on weddings, birthday parties, and corporate events. She also once shared the stage with Jason Dy at Resort’s World Manila, them being good friends since 2010.

Aside from these, Charms has also performed as an opening act during one of Marco Sison’s concert, the man behind the classic song ‘My Love Will See You Through.’ In 2014, she was able to upload her first original single in iTunes, ‘Notice Me.’

Within the year, Richanne plans to produce her own EP (Extended Play or mini album). Influenced by today’s biggest superstars such as Ariana Grande, Tori Kelly, Bruno Mars, and Sam Smith, expect some heartfelt songs and serious note beltings from her.

Here are the links to her accounts where she uploads her music to binge-listen to:

Bea takes the meaning of music to a different light as she uses it to help her deal with depression, something she has been troubled by for about four years now.  “It’s my escape. It’s my saving grace,” says Bea when asked about the benefits of music to her life.

Her music is perhaps something truly personal and raw as it narrates her struggles. Her songs also tap on the topics of finding one’s self and getting back up, the search for happiness and the universal topic of love.

Bea is also part of two bands, Amarys and Deanna. However, she is not only a singer, but also a spoken word poet of the Dripped Art Movement which empowers performing arts. You can catch her jamming around Lipa, specifically in Dreamland Arts & Crafts Cafe, Hugot Cafe and Big Ben.

Here’s Bea doing her own rendition of Evidence/Oo by one of her musical influences Clara Benin during one of her gigs together with fellow Lasallians Jade Rosales and Todd Senia. : https://m.facebook.com/story.php?story_fbid=1658869424361735&id=100007160791827

For Jullianne Candelario, or Lia to anyone who knows her personally, music is a part of her being. She grew up with melodies.

This 20-year-old said that she’s been suicidal since the age of 12 and have always turned to music to calm her nerves. She shares that she would have anxiety or panic attacks but would listen to music, specifically Elliot Smith’s Between the Bars, to tune out the pain she feels inside.

Little did she know that the music she hears through her ears will transcend through her own writing. Last March of 2016, she released a limited number of EP entitled “Boundless” containing eight tracks with four renditions and the other half being original compositions. Now, she is a part of two bands, ‘Amarys’ and ‘Candle Collective.’

Here’s a link to one of Candle Collective’s songs called ‘Breathe Again’: https://www.youtube.com/watch?v=vq-TfIcWhJI

This 22-year-old almuni of DLSL simply goes by the name of Keene whether in real life or when he plays the guitar as a part of the  band called ‘XXXXX’ together with other Lasallians, Kristian Mendoza and our next featured artist.

Who says you’d have to leave music for a job? Keene continues to enjoy the rhythmic flow of sounds and words despite working as a multimedia designer.

He has written quite a number of original compositions through different collaborations, mostly with his friends, bandmates, and poetry artists from different creative organizations such as Dripped Poetry and Karibok Collective.

You can find his music in Spotify as Keene Leonor and on Soundcloud under the handle: keeneleonor. Still, here’s a link to one of his collaborations entitled ‘Sayo Lamang’: https://www.youtube.com/watch?v=riGaRBkgt9w

More popularly known as Em Sambayan in DLSL, this 23-year-old alumni, music producer, multimedia designer, and former Utak Berde editor-in-chief has gone much further ahead of the rest of our featured lasallians. He has worked under big names in the music industry like  Viva Records, Star Records and FlipMusic on projects with Sarah Geronimo, Kathniel, Jadine, Himig Handog seasonal winner Nica Del Rosario, and LA based musician Hana ACBD.

But scratch those big names, Em is among the more popular composers of OSTs on Cineberde short films. Among the latest he wrote was the highly LSS-able ‘Sa Alapaap’ from Siphayo (2016), which also won Best OST on CineMapua 2017. As an independent producer and artist, he usually performs on music festivals, pocket stages, art shows and collective tours under the name Alisson Shore.

Em’s music is different from the rest of our featured artists. Rather than the usual acoustic or rock indie, he makes electronic music–“but I could not define specifically what I do. You can call it chopsuey electronic because it’s a whole mixture of different electronic genres,” he said.

He added that he does not bound his music to a certain genre. “Music, more than anything else, is expression – and no one shall dictate to what you can speak with your mind into melody,” Sambayan explained.

Get to know more of his music in iTunes, Spotify and Google Music. You’re in for a surprise when you see his “leaked” songs on free streaming sites to reach a wider audience.

There is music to dance to, music to cry to, music to soak yourself in, and then there is music that makes us feel and become more human. The independent music scene is a hidden jewel that’s a beauty to behold. Do yourself a favor and listen to the music of these young talented musicians who aim to bring the quality of OPM to new heights.