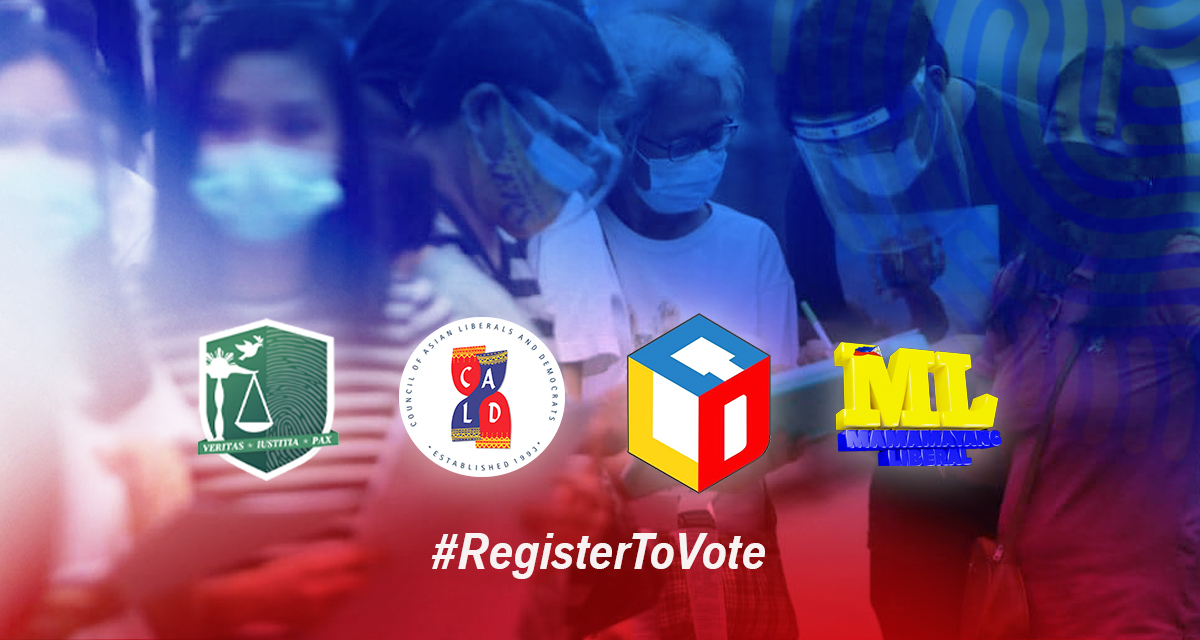 A democratic government gives Filipinos the right to deliberate and vote for their governing officials through the local and national elections. Through an election, the interest of the masses is manifested as they partake in selecting the leaders who will contribute to the nation’s development.

The Philippines Statistic Authority (PSA) showed that 73 million Filipino voters are qualified to participate in the upcoming 2022 presidential elections. However, as of Aug. 23, there are still 12 million Filipinos who are yet to register as voters.

With only 15 days left for voter registration, a stronger call is needed for more people to exercise their rights and participate in the upcoming elections, especially the youth whose future depends on the people who will lead the country.

In line with this, various organizations from inside and outside of De La Salle Lipa (DLSL), such as the DLSL Commission on Elections (Comelec) and Center for Liberalism and Democracy (CLD), Council of Asian Liberals and Democrats (CALD), and Mamamayang Liberal are campaigning for more people, especially the youth, to engage in meaningful social and political conversations.

Niño Angelo Lescano, Chairperson of DLSL Comelec, mentioned that their organization had planned steps to encourage the unregistered voters from the college department to submit their names for registration.

One of their plans is to coordinate with Comelec Lipa to propose accessible registering sites per barangay. Adding to this initiative, the organization will partake in updates and postings of the voter’s registration schedules from the city’s Comelec office to keep people informed of matters related to registration.

Lescano also mentioned that they are communicating with the Community Involvement Office (CIO) and the Council of Student Activities Office (CSAO) to make DLSL Comelec a voter’s registration help desk. Their organization will present this proposal to the Voters’ Education Committee of DLSL today, Sept. 15.

Aside from the steps for registration encouragement, DLSL Comelec has also developed a framework of voter’s education initiatives for a more informed approach to voting.

“We plan to inform them by exposing them to the realities of life in the situation of others through conversations. Our voters have to engage in social and political conversations and immerse themselves in the everyday life of an ordinary Filipino,” Lescano explained.

In the age of social media, advocating for voter registration has been easier for many organizations. For instance, the Notes for Votes campaign, a joint project by CLD, CALD, and Mamamayang Liberal, with the support of the International Research Institute, aims to combat disinformation and advocate for civic and voter’s education.

A series of educational videos and infographics are posted on their official Facebook pages, which aspire to increase voter registration and turn-out while creating media-literate citizens.

“Considering the current socio-political climate in the country, the 2022 elections are vital in making sure that the power is returned to the people. The goal of the [Notes for Votes] campaign is to rally and educate people for higher voter registration, and hopefully, higher voter turnout,” said Philip Joshua Leynes, CLD program officer.

As part of the campaign, there will also be an online concert on Sept. 17 entitled “Call for Democracy,” which aims to celebrate democracy and freedom through music. One of the event’s main guests is Johnoy Danao, an independent Filipino musician, composer, singer-songwriter who is best known for his live acoustic performances.

Youth’s role in the upcoming 2022 elections

Given the various call to action from different organizations, the youth today are more exposed to relevant social issues and are more involved with advocacies and initiatives concerning the community—such as voicing out their opinions regarding the government’s actions in addressing the COVID-19 pandemic.

“The upcoming elections are very significant to me because we have the power to save the Philippines from this crisis, as well as our countrymen who [have] suffered and are still suffering from the government’s response to the pandemic. We have the power to choose the leaders who can truly cater [to] our needs and not theirs,” Maulion elaborated.

A fourth-year accounting information system student, Mikaehla Palicpic, also shared the same sentiments and expressed that the administration’s recent actions signify that people need to be more active in a democratic government and elect rightful leaders.

“We do not want to suffer any longer from the failed response of the government to the pandemic. Thus, it is significant to exercise our right to vote in order to make a change [and] to see hope that the government will do better if we elect worthy and passionate leaders,” Palicpic said.

Moreover, for Leynes, having a “youth vote” is significant in the upcoming elections as it could contribute to building a future that is proactive, responsive, and resilient to the current and future needs of the country.

“The youth comprises the biggest percentage of eligible voters. If the youth can rally behind a specific candidate, especially since we have multiple candidates for a position (i.e., the presidency), it can drastically change election results,“ said Leynes.

With their futures ahead of them, newly eligible youths are being called upon to participate in next year’s elections as they are given a chance to address the needs of the current and future generations.

Meanwhile, any Filipino citizen, who is at least 18 years of age on or before May 9, 2022, is a resident of the Philippines for at least one year and is not otherwise disqualified by law, can still register until Sept. 30.