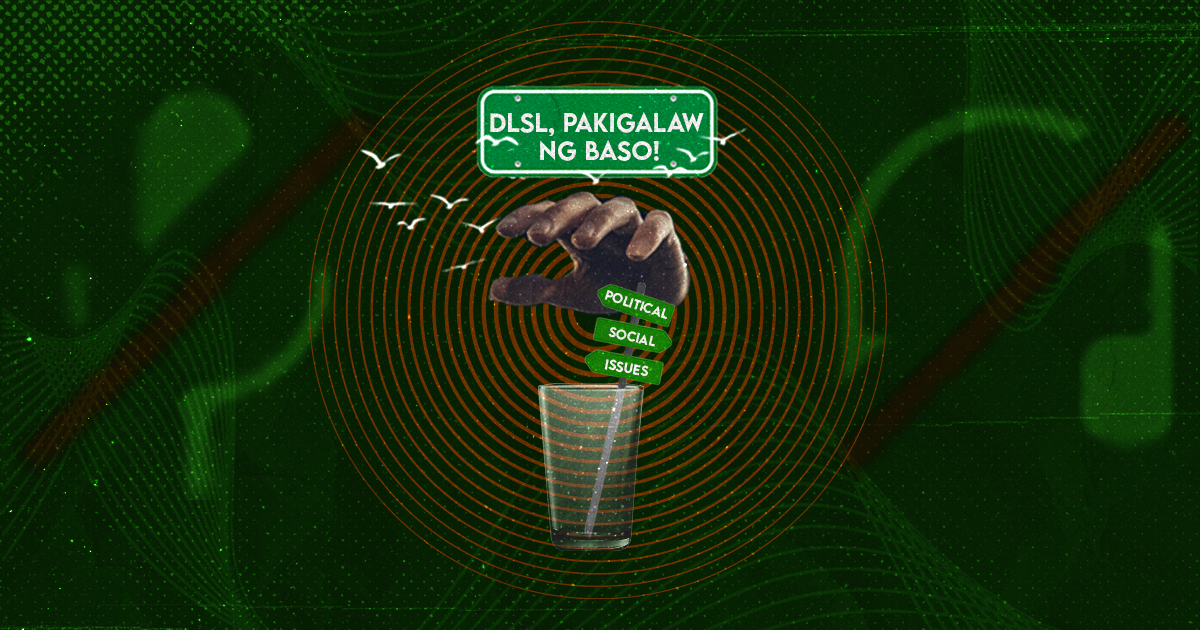 With these last few days leading to the most polarized national elections in the country’s history, the air is rife with millions of anxious voters voicing their concerns over social media and on the ground, anticipating two vastly different scenarios based on who will emerge to lead the country next.

For the past years, De La Salle Lipa (DLSL) has swayed from having direct involvement or making statements on political matters, beginning in 2016 when the former dictator Ferdinand Marcos was buried at the National Heroes Cemetery in Metro Manila in a clandestine manner which shocked the nation.

In that year, it was noted that DLSL did not send any official delegation to the November 30 protests held at the People’s Power Monument, which was overwhelmingly attended by De La Salle schools and other universities and colleges from all around the county in a unified show of condemnation over the incident, nor did DLSL make any public statements thereafter.

As an academic institution, there were likewise no institutional initiatives within the campus to stir political and historical discussions and create more awareness regarding the atrocities of the Martial Law regime. Students were largely left to fend for themselves in defending the historical and moral truths to the matter as a wave of historical revisionism swept the nation, spreading like wildfire across the Internet and social media channels.

More recently, in September of 2021, DLSL was party to the conduct of an online  ‘peace and development forum’ organized by the Philippine Air Force (PAF), which turned out to be nothing more than a session wherein progressive organizations and individuals were unlawfully red-tagged as fronts of the communist movement.

In the uproar that ensued among DLSL students seeking answers and accountability on why the forum was allowed to happen in the first place, the DLSL administration repeatedly declined to issue any public statements despite demands from student leaders and organizations, the school insisting that ‘investigations’ were ongoing. Now, nearly eight months since the incident, the issue has but all been forgotten in a shroud of silence.

The stance towards this coming May 9 poll seems to be no different.

Despite the troubling possibility of a return to power by the Marcoses and an extension of another six years of Duterte governance, DLSL’s official stand remains invisible, adrift, privileged, and unbothered.

This political apathy towards the specific issue might come as a surprise for students, alumni and partners alike, knowing that DLSL has been historically active in voicing political stands. During EDSA 2 in January 2001 for instance, the institution was among those who led the calls for volunteers among the staff and students to participate in the historical demonstration, to assert its belief that nation-building is one of the primary functions of the education sector.

In stark contrast, the DLSL of recent years has continuously promoted a neutral stance, most recently with institutional webinars such as “Botong Bro,” which ran from March 9 to April 6 and which aimed to stir “a healthy conversation” among young voters, but instead conveyed a message of “non-partisanship” as more in line with Catholic and institutional values.

Such messages from the institution have made students and partners question if it is not in the best interests of an influential institution to speak more boldly and openly, given the gravity of what is at stake in the coming elections.

It must be pointed out that from the viewpoint of critical thinkers, the coming elections should not be merely seen as a competition for votes between candidates. Instead, it should be taken with utmost seriousness for its historical and moral significance and the economic and socio-political repercussions that the outcome will bring.

Without a doubt, the next six years will dictate how the country will recover—should it be fortunate to be so—from the past six years of incompetence and to bring justice to the victims of not one but two bloody regimes and secure the future of democracy for this country.

The stakes in this election are high, and it requires partisanship to produce concrete results. If DLSL desires to be true and vigilant to the core Lasallian principles of social justice and concern for the poor, they cannot do it by just standing on the sidelines. As writer and Holocaust survivor Elie Wiesel put it in his 1986 Nobel Prize acceptance speech, “We must take sides. Neutrality helps the oppressor, never the victim.”

In the two-month campaign period for the May 9 elections, students and faculty from DLSL—acting on their own initiatives—have been fearless in voicing their stand in support of good governance and competent leadership. Volunteerism was at an unprecedented high, with individuals setting aside their work and academic-related activities to prioritize attendance in rallies, engaging in community talks through person-to-person campaigns, and establishing a voice for reason and truth on the ground as well as online.

However, with no institutional support, students and faculty have had to rely on other La Salle campuses and external organizations for validation of their actions and stand.

In other La Salle schools across the country, collective stances have been publicized and amplified heeding the call for better governance. In February, the De La Salle Brothers of the Taft Community proudly and formally endorsed a presidential and vice-presidential candidate whom they saw fit to lead the country.

According to the Taft brothers, their discernment was based on the eight-point election guide released by the De La Salle Brothers of the Philippines. They believe that leaders who will run the country should be capable of giving the poor and vulnerable sectors a better life. These leaders must also have a proven track record of showing support for human rights and not of hoarding and stealing wealth from the Filipino people.

Leaders must likewise uphold the truth and advocate against the rampant disinformation in the country, to be in line with Lasallian educational values and principles.

In March 2022, two brother presidents, 39 other brothers, and over a thousand educators, students, and alumni from the sixteen La Salle schools nationwide have also expressed the same support through a signature campaign, including over a hundred DLSL instructors, alumni, and students.

In the Visayas, the University of St. La Salle opened its grounds and facilities for its endorsed candidates’ political activities, while also encouraging its students to organize and participate in different rallies and campaigns.

These are only a few examples of how other Lasallian communities acted, believing such engagement to be necessary for living according to St. John Baptist De La Salle’s teachings that advocate for responsibility even outside the borders of one’s campus.

As an educational institution, the school needs to remember that education has always been political, and the choice to be silent or neutral is in itself political. Education has always been the foundational step towards a country’s development and growth, and indifference does not lead to progress nor does it advance any cause. A school, as a hallowed institution, should lead students by words and actions in fighting for a quality life that everyone deserves.

There is no room for neutrality and silence in teaching young minds, touching hearts, and transforming lives.