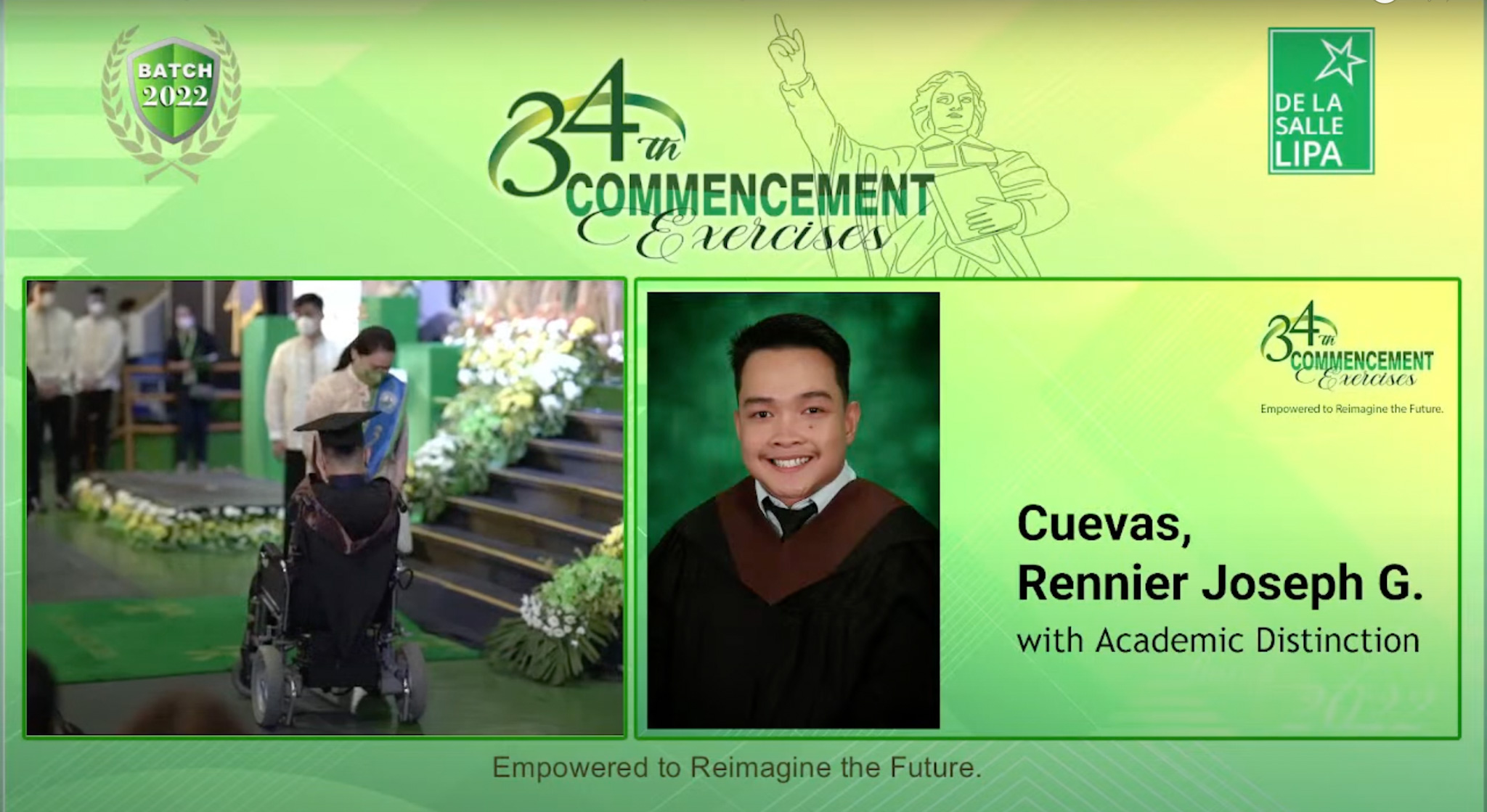 In his first year of college, Cuevas said that he was to be assigned documentation-related tasks to comply with Pathfi requirements. His instructor for Pathfi1 at the time, told him to wait for further instructions, yet by the end of the semester, Cuevas was not given an alternative assessment.

AMC is the development of multiple joint contractures or the permanent tightening of the muscles, tendons, skin, and nearby tissue prior to birth, causing them to be stiff and limiting their movement. The condition can differ from person to person and in Cuevas’s case, it affects his arms, legs, and waist.

In an earlier interview with Lavoxa, Cuevas said that he raised this concern during the semestral break of his first year by heading to the Pathfi department’s office, but the department head was not present. He also notified his instructor about his grade who said that he was not aware Cuevas was in the running for a Latin honor.

After not taking action in his second and third years in college, Cuevas recently raised this issue through a written case report last June 17, with the help of the Student Government (SG), where he mentioned that improvements must be made in the curriculum concerning students with disabilities.

“There must be well-defined plans on how they can participate in physical education classes. It is a matter of inclusivity as no one must not feel lost waiting for instructions on a course that should understand one’s limitations,” Cuevas said in the case report.

Although he secured a meeting with the institution, his request was still denied as they cited in the Student Handbook that a student should submit a formal written petition prior to the end of the semester when he took the course and Cuevas was unable to do so.

Cuevas mentioned that he also asked if the incident could be revisited to at least identify the misunderstanding but this request was also denied as it would be the same measure as reconsidering his grade.

Despite the results of his efforts, Cuevas said that his disappointment also came with acceptance as his only option now is to move on from the incident and focus on the next stage of his life as a fresh graduate.

As of press time, his instructor and school officials have not yet responded to Lavoxa’s request for an interview concerning Cuevas’s petition.