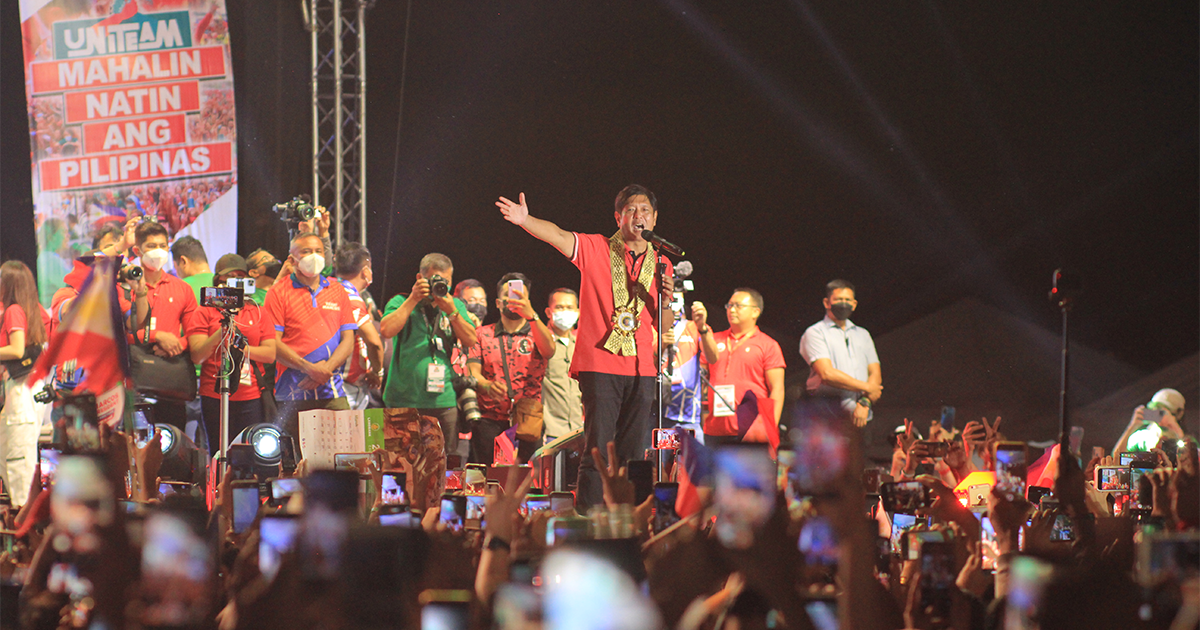 Besides this promise, Marcos Jr. also pointed out the importance of focusing on the agriculture sector, lowering energy prices, and preparing graduates by providing enough support for teachers and the education system.

However, the presidential bet did not mention any specific details regarding the pledges.

In 2016, Marcos Jr. led in the early hours of vote counting, but Robredo took over the lead thereafter. Marcos Jr. also contested the election results before the Supreme Court, who later junked the case, 15-0.

Before the event, Marcos Jr. began his South-Luzon campaign trail in Mindoro while Duterte-Carpio met with medical frontliners at a vaccination center in Batangas City.

This is Marcos Jr.’s fourth visit in Batangas, home to 1.8 million voters and the seventh-most vote-rich province in the country.